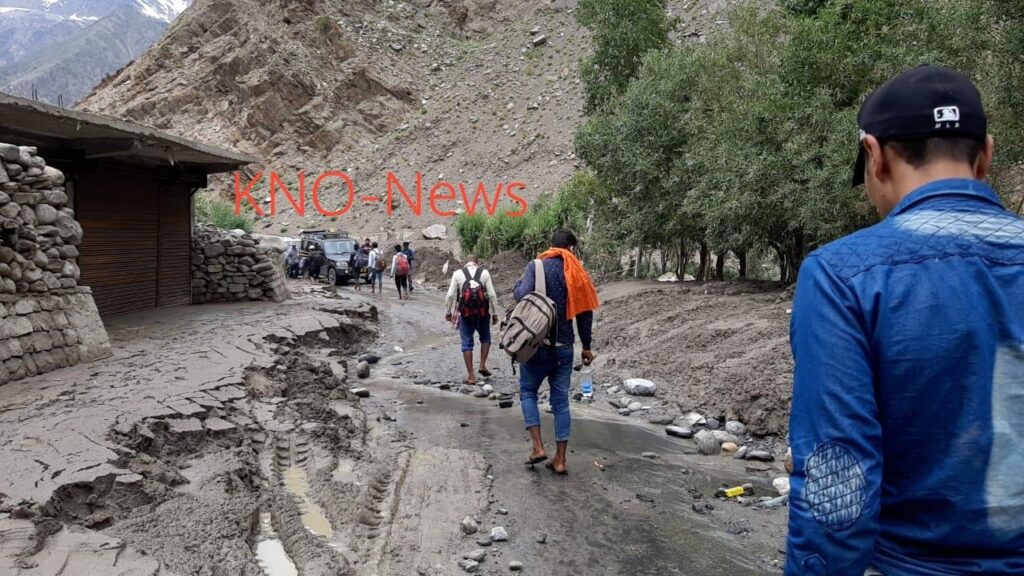 Abdul Rahim, councilor from the area said that flash floods were reported in two areas including Sangra and Kangral, inundating several residential houses and a hydropower project while some of the vital bridges were also washed away.

He said that the national highway was also closed for vehicular movement after flash floods inundated several roads as well, while agricultural fields have also suffered damage.

Deputy Commissioner, Kargil Santosh Sukhadeve who visited the flood-affected areas earlier today said that agricultural fields have suffered damage, while an old bridge at Sangra has been washed away due to flash floods, triggered by a cloudburst,

He, however, said that there was no loss of human life in the incident, while NH1-301 Kargil-Zanskar got closed and it was being restored to make it through for vehicular movement by tomorrow evening.

He said that rescue operation was underway and people living in the area have also been moved to safer location. kno