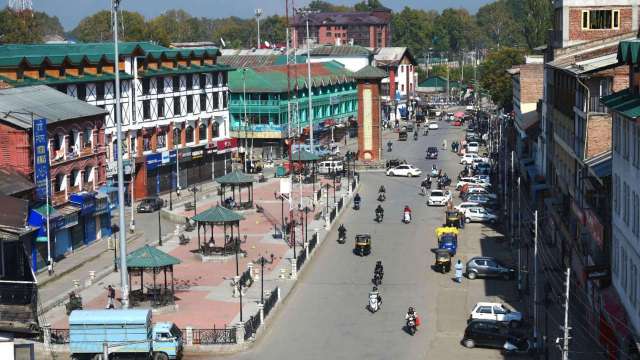 Srinagar, Jul 28: The Defence Ministry of India Wednesday informed the parliament that a total of 158 soldiers including the CAPF personnel have been killed in militancy-related incidents in Jammu and Kashmir between 2019 to June 2021 while the security environment in the region has witnessed significant improvement in the past two years.

Minister of State (MoS) Defence Ajay Bhatt was replying to queries raised including the year-wise details of soldiers killed in militancy attacks and the steps taken by the government besides the time limit to eliminate the militants in the lower house of the parliament on Wednesday.

The MoS Defence in a written reply to the house  said that a total of 158 soldiers including the CAPF personnel have been killed between 2019 to June 2021 which includes 80 in 2019, 62 in 2020 and 16 up to the ensuing month of this year in counter militancy operations in last three years.

The reply reads that the militants carry out violent actions to destabilize the situation in J&K. “The security forces are combating militancy activities along the LoC by eliminating the infiltration bids and in the hinterland by carrying out counter militancy operations/responding to militancy initiated incidents.”

The reply reads that the army carries out periodical review and refinement of the operating procedures and security arrangements of all its camps/garrisons/installations, based on threat assessment and analysis of past incidents. Based on these reviews, suitable drills and procedures are adopted to counter such threats.

Some of the measures employed by security agencies mentioned in the reply include the appraisal and up gradation of intelligence gathering capabilities. Provision of suitable weapons and equipment to soldier drills to counter militant actions are refined and rehearsed. Upgradation of perimeter defence and surveillance capability. Timely casualty evacuation and adequacy of medical facilities.

“The security situation in J&K is dynamic and ever-evolving”, the defence ministry said. “Though fragile, the security environment has witnessed significant improvement in the past two years and steps are being taken in all domains to effect irreversible damages on militant tanzeems and eliminate the scourge of militancy.”

However, laying down a time limit for elimination of the last militant may not be feasible as Pakistan continues to provide ideological, diplomatic and financial support to proxy war in J&K by infiltrating militants into the Valley and smuggling weapons, ammunition and narcotics across the LC including use of drones and other measures,” the reply reads. kno