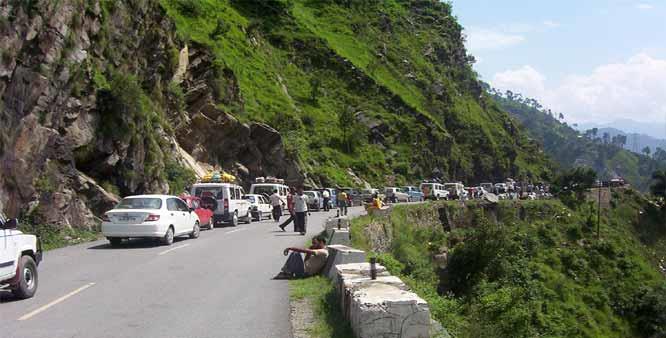 Srinagar: Four members of a family are feared dead after a vehicle, they were travelling in, met with an accident Mehar area of Ramban district on Monday afternoon.

Official sources said that a Swift Dzire driven by Rakesh Kumar son of Mohinder Nath of Paloura area Jammu met with an accident near Mehar.

They said that Rakesh was travelling from Srinagar toward Jammu along with his wife Asha Rani and two sons Sachit Bhagat and Mehul Bhagat.

They said that as per eye witnesses, the driver suddenly lost control and couldn’t stop the car from going down into the river at Mehar.

The official sources said that search and rescue operation by teams of District police, QRT, UTDRF was underway to trace them.

They said that till now there was no trace of the missing passengers, however, vehicle has been found. kno