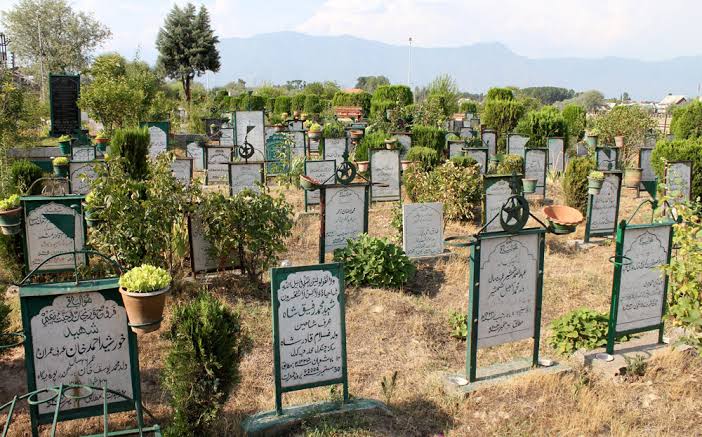 Bandipora, Jul 25: Three militants, who were killed in an encounter at Sumlar-Aragam forests of north Kashmir’s Bandipora district, have been laid to rest at a graveyard in Rajwara area of Handwara.

An official said that the bodies of slain militants were taken to Rajwara Handwara and subsequently buried there.

He said that the family of a local slain militant was also called for the last rites.

The official said thay one of them was identified as Shakir Altaf Bhat of Plan Bandipora.

“Shakir a local militant had ex-filtrated via Wagah border in 2018 and had infiltrated with other militants recently through Line of Control,” he said.

Another official said that the operation was still underway where the encounter took place and massive searches are being conducted to rule out the presence of any more militants. kno