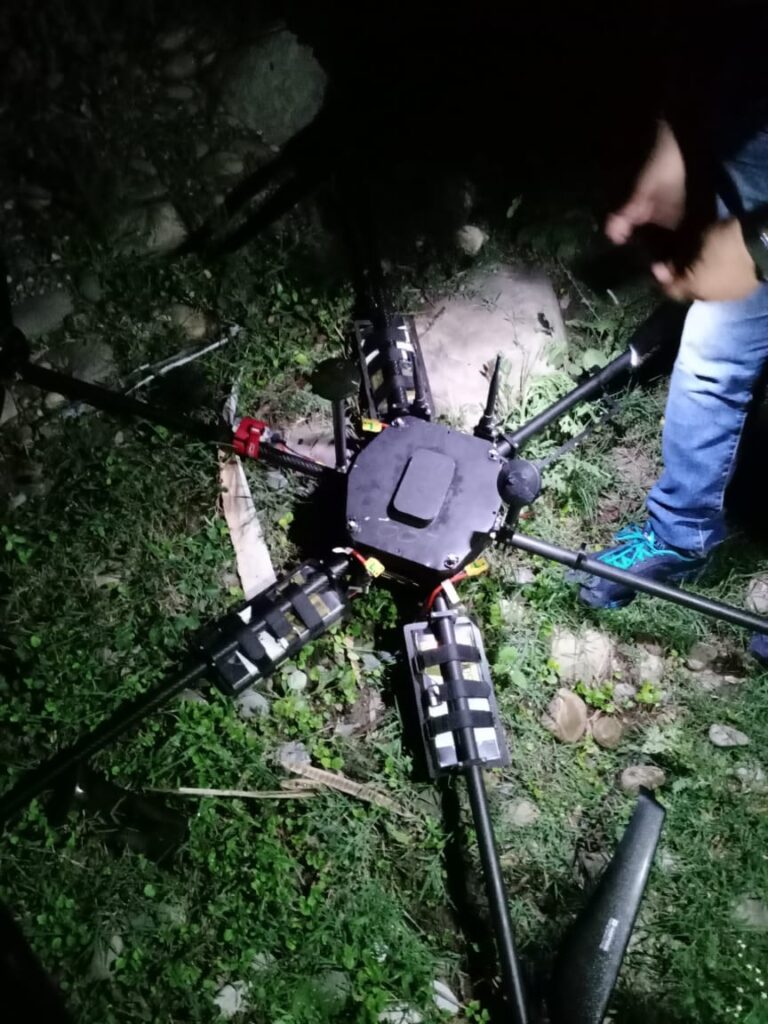 Jammu, Jul 23: In a major development, the Jammu and Kashmir police Friday shot down an aerial object carrying an IED weighing 5 kgs in Kanachak area of Jammu, officials said.

A senior police official said that in the wee hours today, a general information was received by Jammu district police that a drone has been spotted near International Border of Kanachak after which a Quick Reaction Team (QRT) deployed in the area as part of Anti Drone strategy was pressed into action.

“Drone was spotted and police personnel shot it down,” the official said, adding that  adding that the aerial vehicle, generally referred as drone, is tetra-copter having six wings.

“On five of its wings, it had five kgs IED attached to it which is a grave security concern,” the official said. “The IED material has been seized and investigation as well as physical and technical examination is going on.”

The official said that a drone has been shot down around eight kilometres inside IB in Kanachak. “We are ascertaining the purpose of the IED material as to whether it was supposed to air-dropped or transported to some other location,” he said. kno