Militants and “their masters across the border” are attempting to create disturbances: DGP 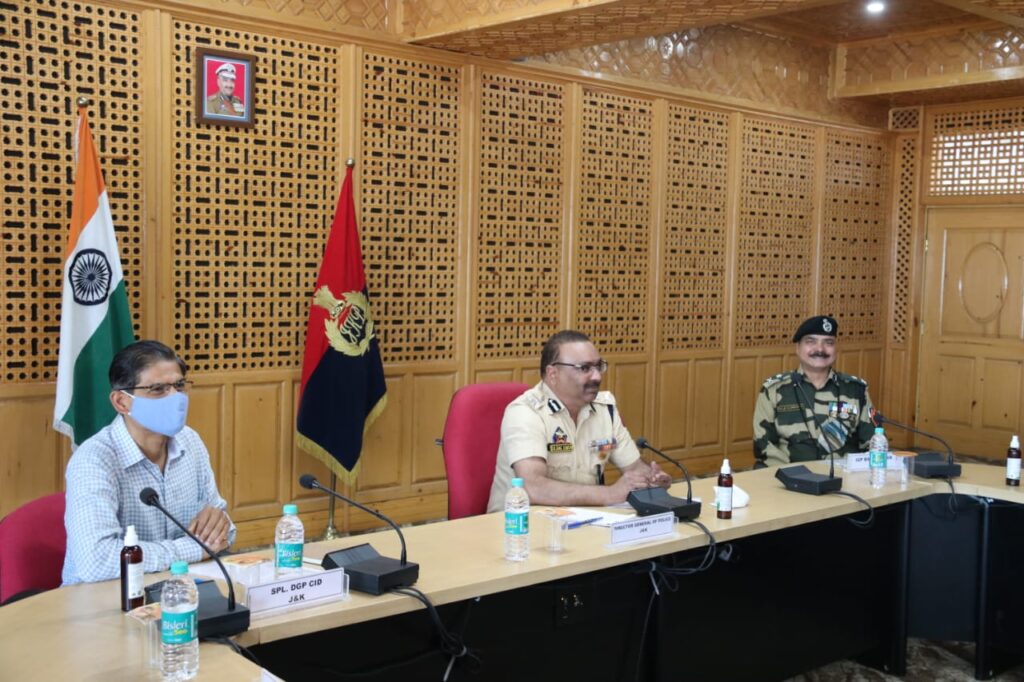 Srinagar, July 15: Director General (DG) of Police Dilgbag Singh on Thursday chaired a high level joint meeting of officers of Jammu and Kashmir Police, Army and other security officials at Police Headquarters here to review the overall security scenario in the Kashmir Valley.

While addressing the officers, the DGP J&K appreciated the role of Jammu and Kashmir Police and other security forces for the recent successes in the anti militant operations, a spokesman quoted him as saying in a statement .

He commended the coordinated efforts of forces for combating militancy and directed the officers to strengthen the security grid and plug in the gaps with strict security measures, the spokesman said.

The DGP stressed upon officers to review the security of their respective districts regularly.

DGP said that militants and “their masters across the border” are attempting to create disturbances. He said forces have to be extra alert to foil their “evil designs”.

He emphasized that to combat militancy more effectively a strategy for the strengthening of operational capabilities is needed for which joint operational drills of forces should be planned using latest electronic gadgets.

The DGP said that OGW networks “which help in sustaining the (militancy)” and also involved in the recruitment of local youths need to be targeted.

“He said that with joint efforts various such networks were busted in the past and added that more intelligence sharing and coordination between forces would help in smashing more such networks.”

Singh said that the law and order situation has improved in Jammu and Kashmir but forces have to be vigilant. He however advised the officers to take firm action against law & order situation instigators, the spokesman said.

The officers attending the meeting shared their views and also briefed the DGP about the current security scenario.