Police working with other forces to “uproot militancy and its network from J&K”: DGP Dilbagh Singh 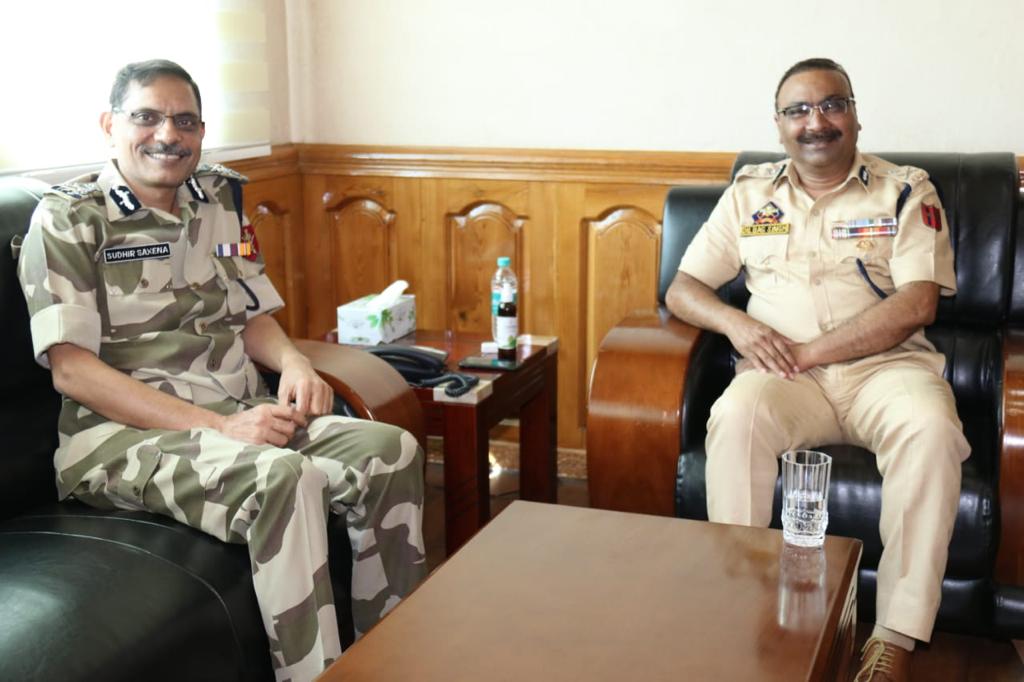 Srinagar, July 1: In the backdrop of recent incidents amid use of drones, Director General Central Industrial Security Force (CISF), Sudhir Kumar Saxena, visited Police Headquarters and held meeting with his counterpart from J&K Dilbag Singh regarding security scenario of the J&K, “particularly about the vital installations.”

The CISF is associated to provide security to major critical infrastructure installations of in India including airports, power plants, sensitive government buildings and heritage monuments.

According to a police spokesman he was welcomed by DGP, J&K on his arrival to Police Headquarters.

“The DGP J&K during the interaction with the visiting officer said that Jammu and Kashmir Police was doing multifarious duties and has been countering (militancy) at different fronts,” the spokesman said in a statement.

The DGP said that Police was working shoulder to shoulder with other security forces to “uproot militancy and its network from J&K”. He said that for quick action against the militant groups’ intelligence grid has been strengthened.

“Within last few years tremendous changes have taken places in the Jammu and Kashmir Police in shape of weaponry, training skills and technology.”

He said that latest technology driven gadgets have been introduced for confronting different challenges.

The DG CISF complemented the DGP and his entire team of all ranks of Jammu Kashmir Police for the “outstanding work” being done for peace in Jammu and Kashmir, the spokesman said. He said that J&K Police has a huge role in the maintenance of peace in J&K, the spokesman quoted him as saying.

“Both the forces will continue to work hand in hand in providing security to vital installations in the J&K.”

He expressed his gratitude to the DGP, J&K Dilbag Singh for his warm welcome to the Police Headquarters and hoped that the coordination between the two forces will continue and reach new levels, the spokesman added.