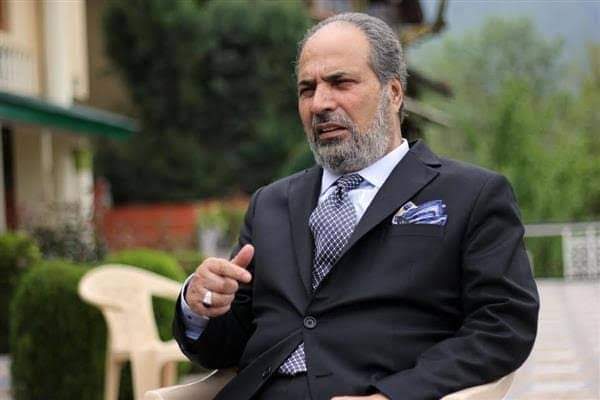 Ansari said that Baig is not a member of the party, there may be some confusion but no he never joined the party.

He said that though Sajad Lone visited Baig residence, but he went only after being sure and being convinced that Baig sahib wanted him to visit his residence and was looking forward to welcome him. “Politics was discussed there and he was very thankful to PC for getting Safina Ji elected as DDC chairperson,” Ansari said.

He said that PC helped Safina ji to become the DDC Chairperson. “We were the single largest party in Baramulla with 3 members while no other party had more than 2 members. Even though we had aspirations within our camp for the post of the chairmanship, but she came to me and requested me that we support her. We did not support her on any conditions otherwise she was a single member, how could she have become the chairperson. We felt she deserved a chance and was a good candidate,” he said,

On being asked if Baig is not a member of the party, why he accompanied Sajad Lone to participate in All-Party Meeting, because Baig sahib expressed a desire to go to the meeting with Sajad sahib and requested if Sajad sahib can take him along to the meeting.

He said that Baig sahib himself has made it clear that he doesn’t belong to any party. “We share a personal relationship with them. But we have nothing in common with them politically. Nothing at all,” Ansari said.

Meanwhile, Muzaffar Hussain Baig in debate show on a national news channel also said that he is a leader of any party as he yet not decided to which he belongs or to which party he wants to be in. kns