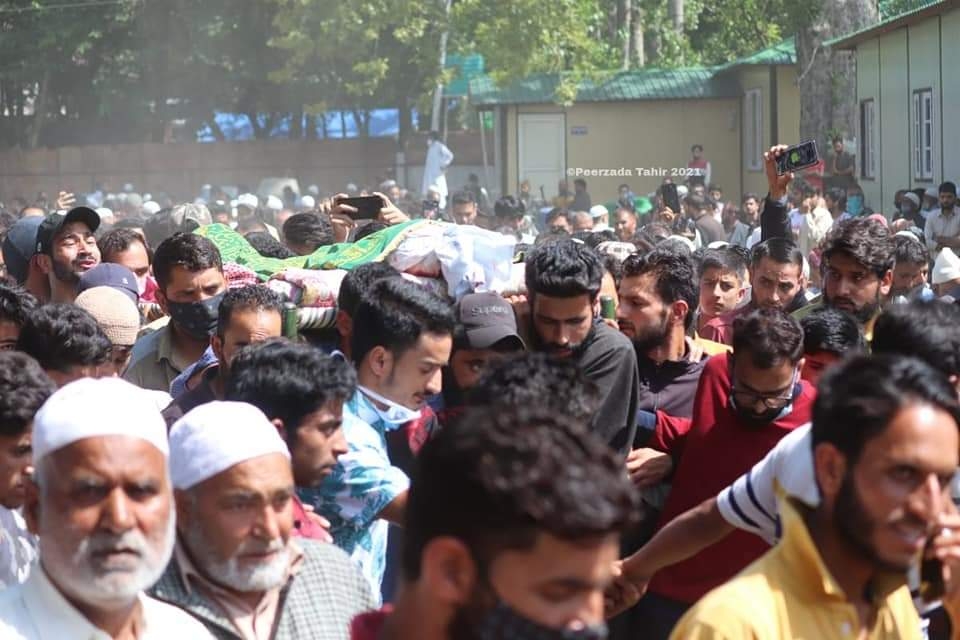 Sopore Jun 27: A 22-year-old youth from Bomai area of Sopore was found dead under mysterious circumstances at hostel in GMC Chandigarh, Punjab in the intervening night of 25-26 June, family said on Sunday.

According to sources Amir Hassan Mir, BSc Nursing student and was doing internship in GMC Chandigarh was found dead at his hostel.

His family alleged that he has been murdered, saying that Amir was found dead at apartment by one of his colleague at around 1 am on 25 June following which he has informed his family about it.

The body was taken for post mortem and to complete other legal formalities, they said, adding that the body was later handed over to legal heirs.

Amir’s cousin, Nazir Ahmad said that they are suspecting it a murder as two persons who have left college two years back, were present during the incident.

The family demanded a thorough investigation into the incident. kno