Pluralistic Jammu has its own aspirations and desires: Rana 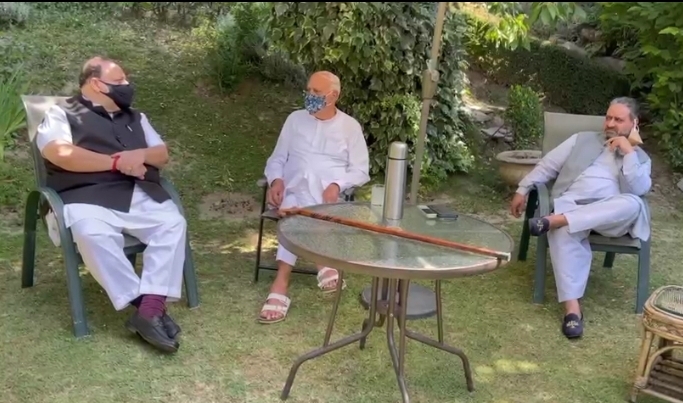 After the meeting Rana told reporters that any dialogue that can take them out of present morass and any dialogue which will lead to the welfare of Jammu and Kashmir and its people should take place and they support it.

He said entire team from Jammu along with me was here (Srinagar) that reposed faith in Dr Farooq Abdullah.

“So far as Jammu is concerned, the pluralistic Jammu has its own aspirations and desires. We are for singular Jammu and Kashmir. We have always stood for the unity of Jammu and Kashmir and Ladakh,” he added.

In response to a question, Davinder Singh Rana said that he believes that it is an inclusive dialogue with the Prime Minister of India and this dialogue will lead to the betterment and welfare of the people of Jammu and Kashmir. knt