PM’s meet with Kashmir leaders not on statehood restoration: Reports 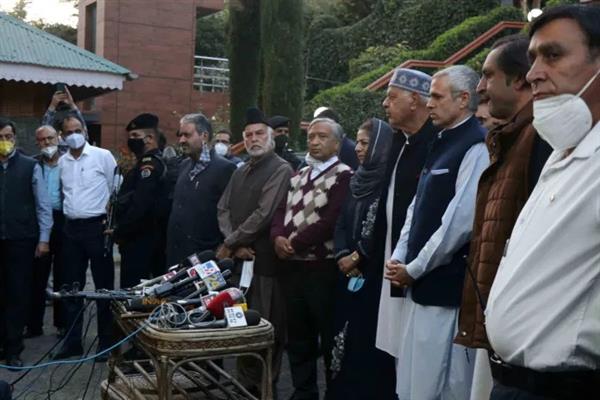 According to reports the meeting is about the delimitation exercise, which has started in the *new Union Territory ahead of the assembly elections.*

Though the government has promised that statehood will be restored to Jammu and Kashmir at an appropriate time, that time has not come yet. The meeting is an attempt by the Centre to seek political validation of the administrative exercise which started in the first week of June, the national news channel quoting sources reported.

Reports said that while the issue of restoring statehood can be discussed, any such step will require sanction of parliament. There is also no question of restoring the special status which was granted to Jammu and Kashmir under Article 370 of the Constitution, they added.

Assembly election can take place only after the delimitation exercise is completed which involves redrawing the boundaries of assembly and Lok Sabha constituencies. (ndtv)