J&K integral part of india; No amount of questioning can change it: Centre on Pak’s letter to UN 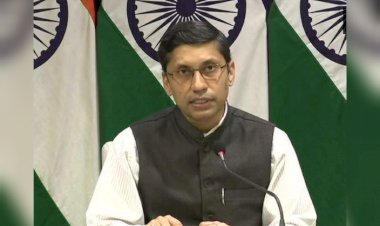 Delhi: Jammu and Kashmir is an integral part of India and no amount of questioning can change the reality, the Foreign Affairs ministry said on Thursday, the NDTV reported.

The assertion came following a letter by the Pakistan foreign minister to two top UN officials alleging a design by New Delhi to change the demographic structure of the region, reports said.

“The Union Territory of Jammu and Kashmir is an integral part of India. No amount of questioning can change the reality. Also, cross border terrorism is unacceptable and no amount of justification can make it acceptable,” Mr Bagchi said at a media briefing, said reports.

In the letter, reports said, Qureshi alleged that India was changing the demographic structure of Kashmir through the issuance of fake domicile certificates and other measures.

He urged the UN Security Council to call upon India to reverse its actions, including those initiated on and after August 5, 2019. (ndtv)