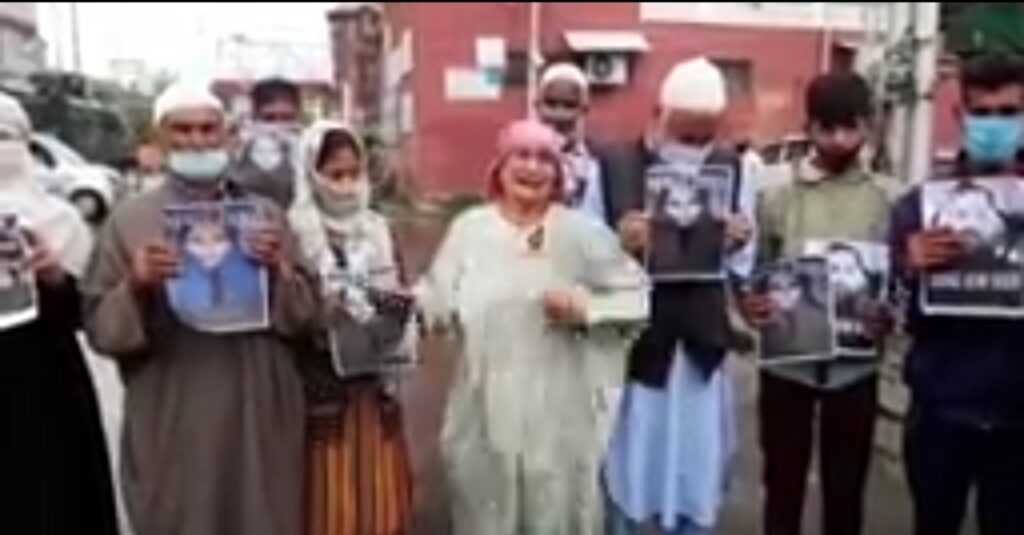 Srinagar, June 15: A family from Hajin Sonawara area Tuesday staged a protest demanding exhumation and post-mortem of a woman who died in the house of her in-laws at Gund Jahangir Sumbal area of North Kashmir’s Bandipora district.

“My daughter was married to a man Muhamamd Shafi Sheikh of Gund Jahangir. Both had three children. She died recently and we believed it was a natural death. A couple of days back, the son of my deceased daughter while cleaning the room found an ‘Out Patient Card’ of Community Health Centre Sumbal that belonged to my deceased daughter. The card revealed that my daughter had consumed insecticide and doctors had advised her husband to refer her to Srinagar hospital for stomach wash,” Tosha Begum, the mother of the deceased woman said.

She said instead of referring her to Srinagar hospital her husband took her to home where she died.

“We want to know why my daughter consumed poison and why she was not referred to Srinagar hospital. Who gave her poison and why doctors at CHC Sumbal didn’t inform the police? Why the driver (friend) of Muhammad Shafi who ferried my daughter from home to hospital remained silent. I am seeking answers to my questions,” Tosha Begum said and accused Muhamamd Shafi of killing her wife.

Meanwhile, taking cognizance of the complaint from the deceased woman’s family, police have arrested her husband Muhammad Shafi and driver Mushtaq Ahmed. Police have also written a letter to Deputy Commissioner Bandipora seeking permission for exhumation of the body. knt