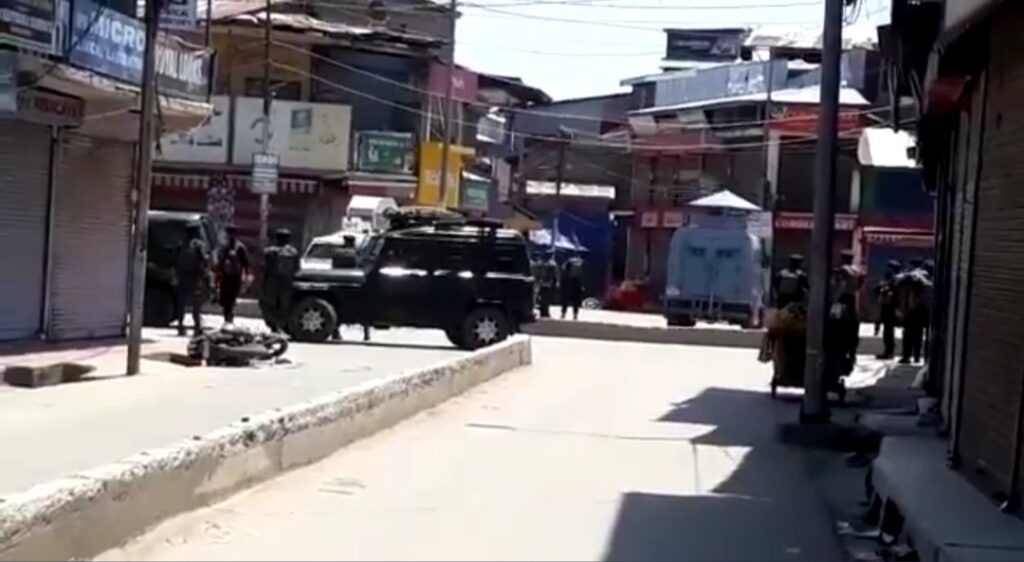 Srinagar, June 12: Two policemen as many as civilians were killed and at least three policemen, one of them assistant sub inspector, were injured after militants carried a major attack on security forces’ party in Sopore town of north Kashmir’s Baramulla district, officials said.

Director General of Police Dilbagh Singh said that militants attacked the police party on covid-19 duty at Arampora area in the Sopore town. Two policeman and as many as civilians were killed, he said.

The policemen killed in the attack have been identified as Showkat Ahmad son of Abdul Gani Parray of Goripora Beerwah Budgam and Constable Waseem Ahmad son of Mohammad Sadiq Bhat of Narbal Srinagar. Among the injured cops, Mukesh Kumar has been referred to Srinagar hospital for specialized treatment. One the other injured police personnel has been identified as SPO Danish.

While the area has been cordoned off and a hunt has been launched to nab the attackers, the officials said that senior police officers have reached the spot and are taking overall view of the situation.