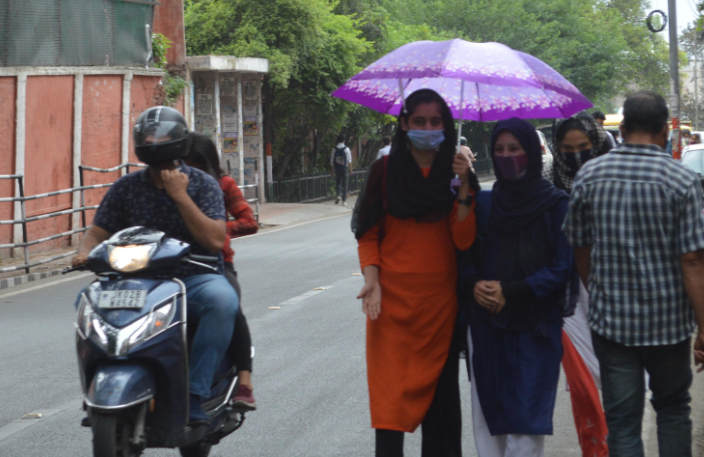 Srinagar, Jun 09: Jammu and Kashmir continued to reel under the scorching heat on Wednesday with officials informing that the twin capitals of the Union Territory including Srinagar and Jammu have recorded the hottest day of the season so far.

According to reports on the fourth straight day, most parts of the Valley as well as Jammu recorded scorching heat.

During the ongoing heat wave, the youth as per the witnesses could be seen beating the heat at Nallahs and other places in Srinagar and in outskirts where they take bath in the afternoon hours.

A large number of youth were seen taking a bath today in Chandpora area of Budgam, witnesses said, adding that in Harwan and other places too, the rush of children was also visible.

Meanwhile, the officials in the Meteorological department (MeT) informed that the twin capitals of J&K including Srinagar and Jammu recorded a maximum of 34.7 degrees Celsius and 45.8 degrees Celsius, which was the highest so far in the ongoing season.