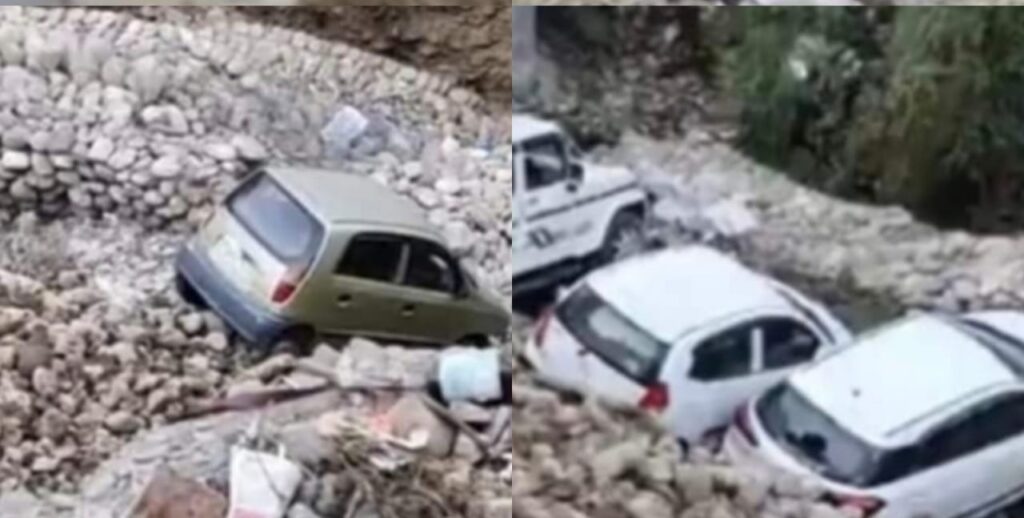 Jammu, Jun 09: At least four vehicles were damaged after a portion of Jammu’s Circular road caved-in on Wednesday afternoon.

Reports said that the portion of Circular road, near the famous Peer Kho temple caved-in, resulting in damage to four vehicles parked on the road.

The locals informed the road was washed away last year in August after the region witnessed heavy monsoon rains but this time it caved-in even without a drop of rain.

Locals alleged that the substandard material has been used to repair the road, resulting in its sudden collapse.

“As this road was reconstructed just 8 months ago, the concerned officials should carry out a probe into this matter,” said a local.

He further added that its sheer callousness of administration and municipal officials playing with the lives of people. “It is a busy road, used by Kashmir bound travelers and people going to other parts of the city but administration has only installed steel sheets (tin sheets) at damaged portions and no civil work takes place for months,” locals added.

Locals demanded a probe into the incident and action against officials and contractors involved in work. kno