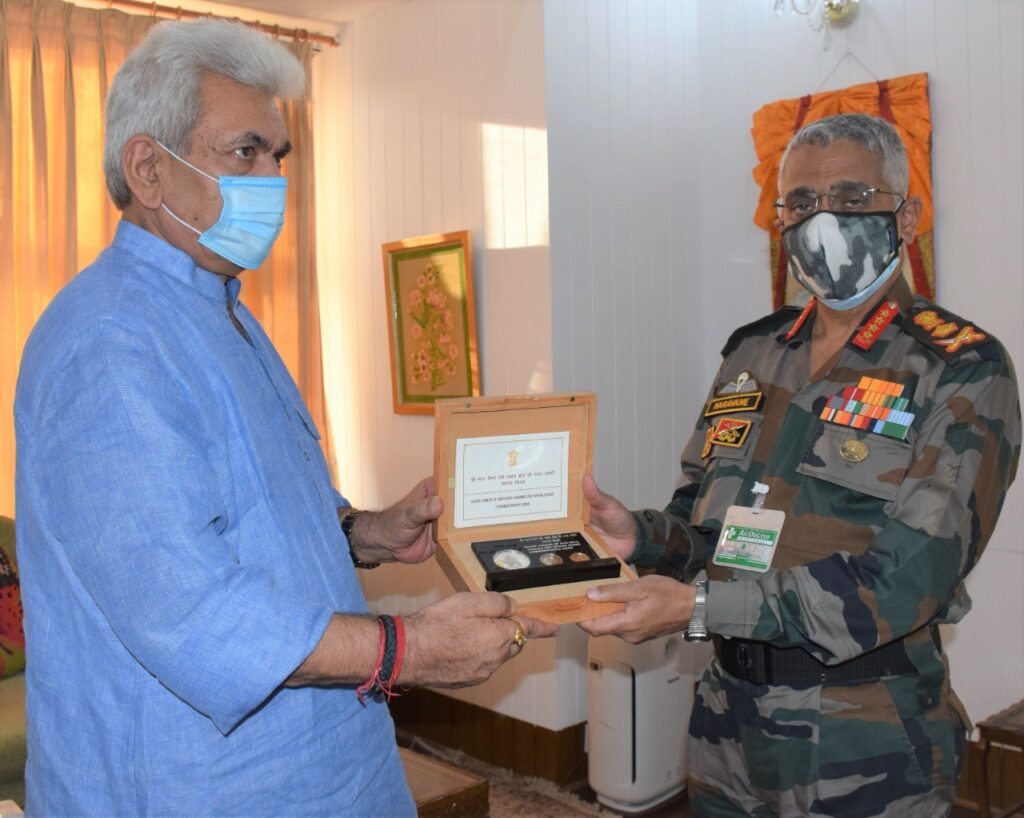 The Lt Governor and the Army Chief discussed about recent internal security developments and the prevailing security scenario in the Union Territory of Jammu and Kashmir. Discussions were also held on several internal and external security-related issues and their effective management.

The Lt Governor stressed on the high importance of maintaining close synergy between the Army and other Security Forces to meet the security challenges.

The Lt Governor lauded the Army’s role in ensuring a safe and secure environment for the people of J&K, besides extending necessary support and complementing Government’s efforts in controlling the spread of Corona virus.