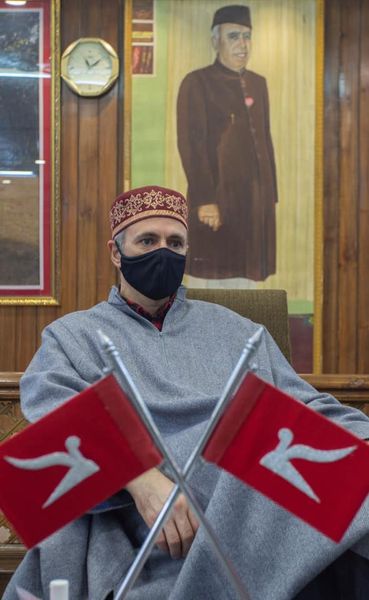 Srinagar, May 31: National Conference (NC) party Vice President Omar Abdullah on Monday expressed shock and grief over the suicide of 24 year old youth of Avil, Noorabad Kulgam calling the incident a visible manifestation of the misplaced policies of the incumbent administration.

Expressing shock, Omar in a statement said that the incident has brought forth the mounting financial pressure on the people of Jammu and Kashmir propelled by the dimwitted policies of the J&K govt.

“The unfortunate incident ditches the claims of the government on the so-called dividends that August 05 measures were said would bring. People are suffering. The suicide committed by a promising youth should act as an eye opener for the government to assess the plight of the people including the employees of J&K. It’s quite evident that by targeting employees, the government has put the livelihood of their families at stake. This incident should be enough to remind the government about the extent of its anti-employee measures. This very incident also betrays an appalling picture of the level of anxiety and mental trauma, the families whose sole breadwinners are without salaries for months altogether. I hope the unfortunate incident is moving enough for the incumbent government to make urgent amends to its policies with regards to employees,” he said, demanding a time bound inquiry and fixing of responsibility leading to the incident.

He said the drastic step taken by the youth is a direct fallout of the government policies and actions. “The concerns of the government employees have become insurmountable and if the grievances are not redressed the situation can snowball. Post August 05, 2019 Jammu and Kashmir has already earned a reputation of being one of the highest unemployed regions. The youngester’s suicide is yet another macabre reflection of the implication of the policies center and the incumbent JK government is pursuing vis-à-vis J&K,” he said.

He expressed solidarity with the bereaved family and prayed for fortitude to them in their hour of loss. He also prayed for peace to the departed. kns