President Biden Says US Forces Have Achieved Their ‘Purpose’ in Afghanistan 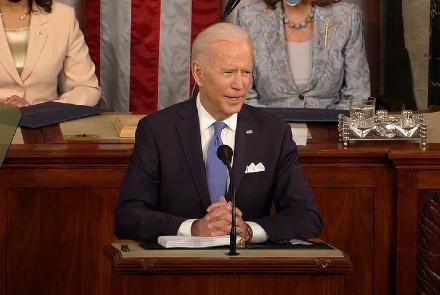 Kabul: US President Joe Biden in a speech on Friday honored the sacrifice of combat veterans ahead of the planned withdrawal later this year from Afghanistan and said they have achieved their purpose in the country – which was “to prevent al Qaeda from using Afghanistan as a base from which to attack America in the future, Tolo news reported.

Addressing US service members in a hangar at Joint Base Langley-Eustis in Virginia, the report quoting Biden said the US went to Afghanistan with a clear purpose: “to get the people who attacked us on 9/11 and to prevent al Qaeda from using Afghanistan as a base from which to attack America in the future. To achieve that purpose – you achieved that purpose.”

“Year after year, deployment after deployment, American troops pursued the terrorist threat through some of the most unforgiving terrain on the planet,” Biden said.

“As we draw down, we’re also going to focus on the urgent work of rebuilding over-the-horizon capabilities that’ll allow us to take out al Qaeda if they return to Afghanistan but to focus on the threat that has metastasized,” Biden said.

He said that the greatest threat and likelihood of attack from al Qaeda or Daesh is not going to be from Afghanistan; “it’s going to be from five other regions of the world that have significantly more presence of both al Qaeda and organizational structures, including ISIS.”

This comes as US Defense Department last week confirmed that American troops and their NATO allies intend to be out of Afghanistan by early to mid-July, months ahead of the deadline announced by President Biden.

On Friday, a key military base of US forces in downtown, the New Kabul Compound, also known as NKC, was handed over to the Ministry Defense. (Tolo news)