Massive fire breaks out at chemical factory in Udhampur 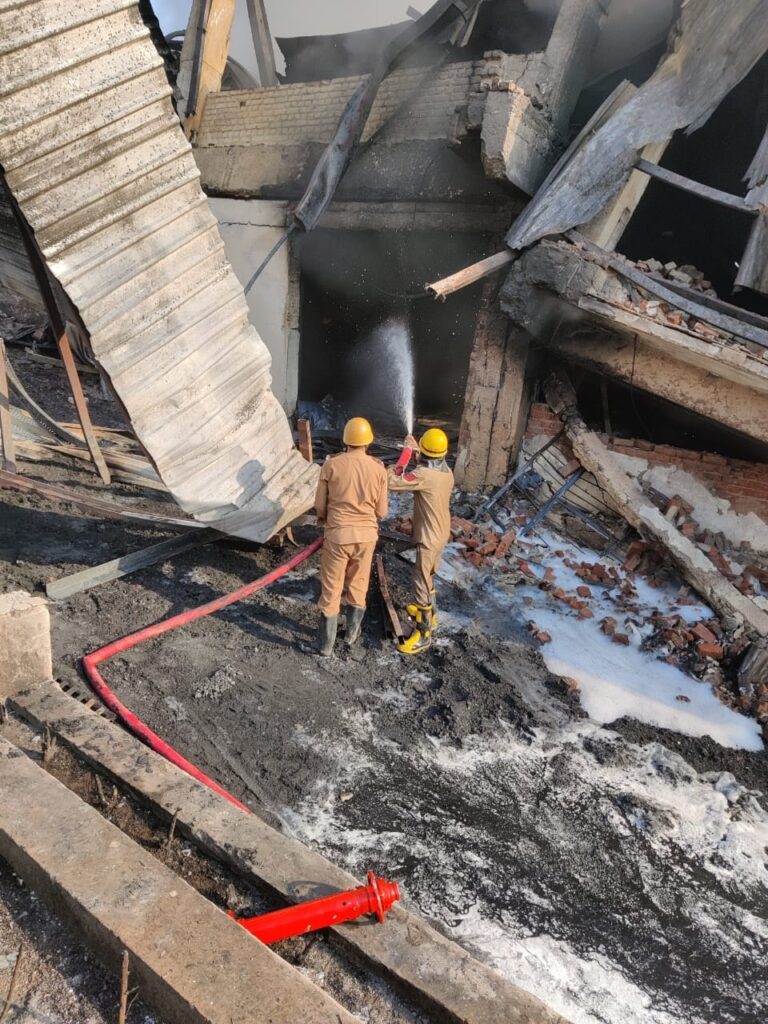 Srinagar, May 28: A Chemical factory in Battal area in Udhumpur district was gutted in an inferno that broke out on intervening Thursday and Friday night. However there has been no loss to life in the incident.

Eyewitnesses said that the fire broke at ‘Dhanuka Chemical Factory’, adjacent to 187 Batallion CRPF camp, possibly due to short circuit, and soon after spread to take the whole structure into its control. The flames only grew with time, destroying everything that came its way.

The Fire and Emergency was roped in which reached the spot to douse of the flames. However till then the factory had received a substantial damage, they said.

A Fire and Emergency official said that the fire had broken around midnight and was doused of after hours of hectic efforts at 4:30 AM.

“We pressed seven fire tenders into service to put out the fire”, the official said adding that “It was too difficult to bring the fire into control as chemicals inside the building gave out strong and pungent fumes.”

The official in the meantime said that Indian Air Force was also requisitioned for putting off the fire and the billowing smoke to avoid any possible air pollution in the vicinity. “Residue chemicals burnt in the incident are still emanating smoke”, the official said.

An official, on condition of anonymity said that though the factory has received a major damage, however there was no human injury or loss in the incident. gns