Cyclone Yaas: Over 11,000 people evicted to safer places in Jharkhand 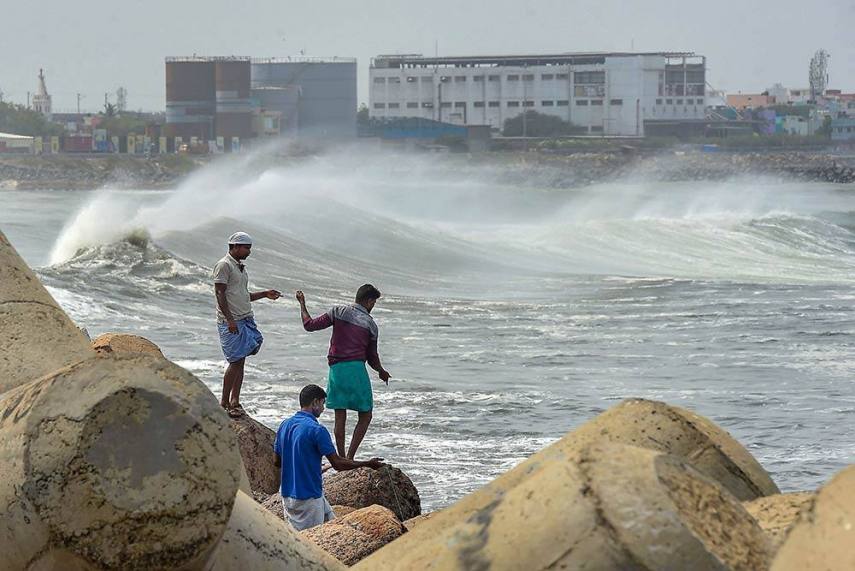 Delhi: The deep depression over south Jharkhand and adjoining north interior Odisha moved northwestwards with about seven kilometre per hour during past six hours and the cyclone Yass lay centred at 5.30 A.M. over south Jharkhand and neighbourhood. It is about 70 kilometres west-southwest of Jamshedpur and 70 kilometre south south-east of Ranchi. India Meteorological Department, IMD said, the system is very likely to move nearly northwards and weaken gradually into a depression during the next six hours, the All India Radio reported.

Cyclone Yaas hit Jharkhand late last night. State Disaster Management Department, local District Administration and NDRF teams are on mode to handle any casualty. Vaccination drive has been put to halt for two days in Ranchi, East Singhbhum and Saraikela Kharsawan district. Seven districts have been put on Orange while four districts on Red by the Weather Department, reports said.

Reports said that Cyclone Yaas has entered Jharkhand through East Singhbhum district. Announcements by the District Administration are being continuously made for people to stay indoors and not move out of their homes. Koylanchal area including Bokaro, Dhanbad, Koderma and Giridih districts will now be less affected by the Cyclone storm Yaas, while Ranchi, Khunti, Simdega, Gumla and other nearby districts of Jharkhand are witnessing the impact of Cyclonic storm Yaas with intermittent heavy rainfall and gusty winds blowing at a speed of 50-60 km per hour.

The Weather Department has predicted extremely heavy to heavy rainfall with thunderstorms for the next two days. Chief Minister Hemant Soren said that he has been closely monitoring the effects of the cyclone in the state and giving instructions to local administration and NDRF teams to safeguard people, reports added.

Many places are facing power cut since yesterday while many trees have been uprooted at several places of the state. More than 11,000 people have been shifted and rescued to safer places and makeshift shelter homes in Saraikela Kharsawan, East and West Singhbhum districts. (air)