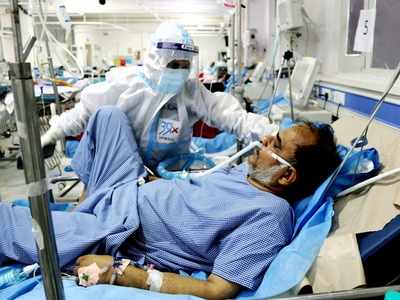 Officials at the Dental College Srinagar said that a suspected case of black fungus is admitted at the hospital, however, final confirmation is yet to come.

Dr Irshad Ahmad Misger, Assistant Professor at Oral & Maxillofacial department Government Dental College Srinagar said that a patient from Srinagar, who was tested positive for Covid-19 on May 05 this year and had recovered recently, has been admitted at GDC and is a suspected case of black fungus.

He said that patient is on long-term steroids and is also suffering from “uncontrolled diabetes.”

He said that they are going for biopsy of the patient to get the final confirmation tomorrow the report of which is likely to get confirm in next two days.

The doctor said that there is no need to worry as one patient suffering from black fungus has been already treated at the hospital in November last year and patient survived.

It is pertinent to mention here that J&K on Friday reported first death due to black fungus epidemic when a 40 year old male from Poonch died at GMC Jammu.

“Mucormycosis is not a new disease neither contagious. We just need to avoid self medication like steroids, identify high risk patients and keep blood sugar under control,” He tweeted.

“As per HoD Oral & Maxillofacial surgery GDC Srinagar they have already successfully operated one case of mucormycosis in Nov 2020 and another strong suspect case admitted with them.. both post covid and diabetics, he tweeted.