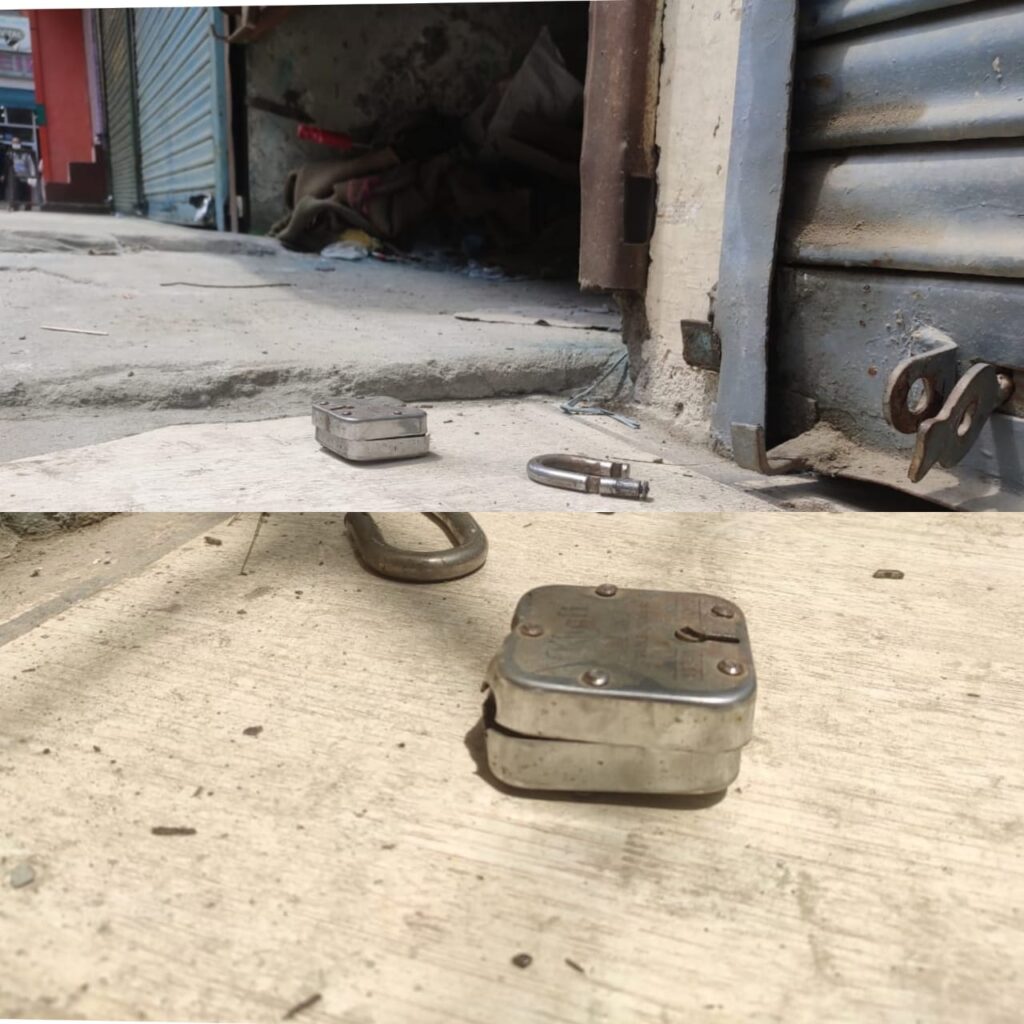 Srinagar, May 8: Burglars have broken locks of several shops in Baramulla district of north Kashmir, reports said on Saturday.

They said burglars broke locks of some shops at market Baramulla including three at Old hospital road Baramulla, as many at Fish Market, one at Chicken Market besides a general store at old town near SRTC Bridge Baramulla.

The burglars also stole some cash and valuables from two shops at Kanlibag Baramulla and Old town Baramulla near SRTC Bridge Baramulla respectively, the reports added. Police could not be contacted for comment in this regard. gns