Speedy tipper crushes motorcyclist to death, another injured in Baramulla 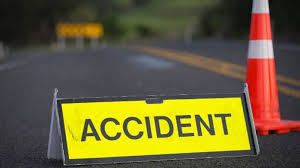 Baramulla, May 6: A bike ride killed while another sustain injuries after they were hit by a speedy tipper at Sheeri area of north Kashmir’s Baramulla district.

Reports said that a bike rider identified as Imtiyaz Ahmad Khan S/o Abdul Majeed Khan of Zehanpora was killed while as another got injured critically after they were hit by a speedy tipper at Sheeri.

The injured was immediately rushed to a nearby hospital.

Meanwhile, SHO Sheeri also confirmed this road mishap and said a case has been registered in this regard and further investigation has been initiated. kns