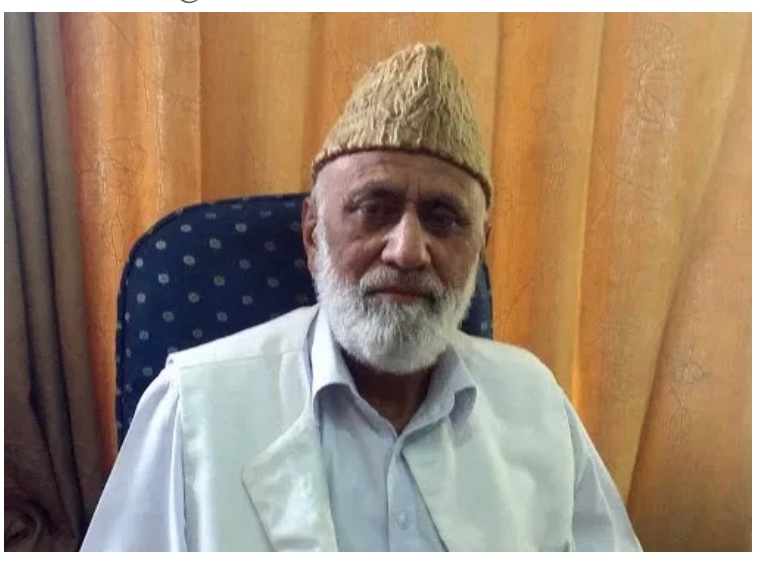 Kupwara, May 6: Senior Hurriyat Leader Ashraf Khan Sehraie has been laid to rest at Martyrs graveyard in his ancsestral village in Tekipora Lolab on Thursday early morning. The authorities anticipating large participation had put restrictions on the entry of outside people even as disallowing the local residents from participating in the last rites of the departed leader on apprehensions of law and order situation coupled with prevailing COVID-19 situation.

Details available said that the mortal remains of Sehraie reached his native village here in Tekipora Lolab at around 4:00 AM after being ferried back from Jammu on Wednesday evening.

Family sources said that limited people, mainly some close relatives, participated in the funeral prayers with adherence to all necessary protocols.

The septuagenarian was shifted from Udhampur jail to GMC hospital Jammu on Tuesday after complaining of chest pain and eventually succumbed a day later. Dr. A. D. S. Manhas Medical Superintendent, Medical College Hospital, Jammu, had confirmed the death of the senior Hurriyat Conference leader said.

Sehrai’s stature among Hurriyat leaders had risen when his son Junaid joined militancy immediately after he was elected as chairman of the TeH — a political party Geelani had founded with Sehrai after parting ways from their parent organisation Jamaat-e-Islami Jammu and Kashmir — after Geelani’s resignation in 2018. Junaid was killed in an encounter in Srinagar on May 19 last year.

Sehrai was detained last year and booked under Public Safety Act. The 76-year-old was considered as a strong contender to take over as chief of the Hurriyat Conference after its former chairman Syed Ali Shah Geelani, in a letter, announced his dissociation from the amalgam.

Meanwhile official sources said that the restrictions will continue to remain in effect till further orders as to avoid any law and order situation coupled with COVID-19 situation. gns