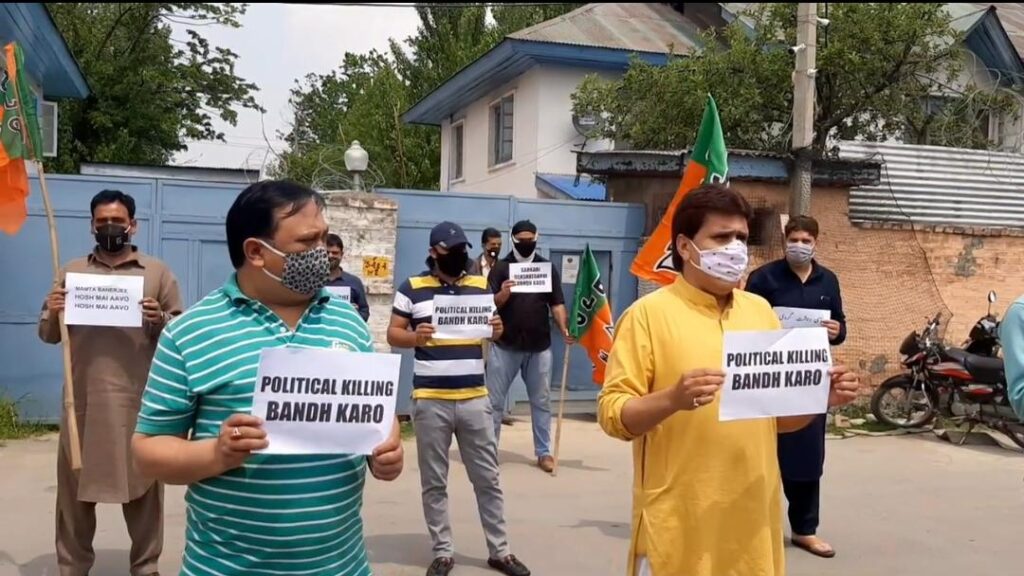 Over a dozen activists of the party while following social distancing norms assembled on the road outside the Jawahar Nagar based party office.

Launching a scathing attack on the Trinamool Congress over the alleged killings of BJP workers, Party leaders including Manzoor Bhat said that such unrelenting attacks on BJP offices and workers in Bengal by TMC goons is basically making mockery of democracy. He said it is high time for the President of India to intervene and impose President’s rule in West Bengal.

Bhat said that Jammu Kashmir BJP is deeply hurt by the unabated murderous attacks in West Bengal by the TMC goons.

“We appeal the central government and West Bengal Governor Jagdeep Dhankhar to take cognizance of the act and ensure the safety of BJP activists,” he said. knt