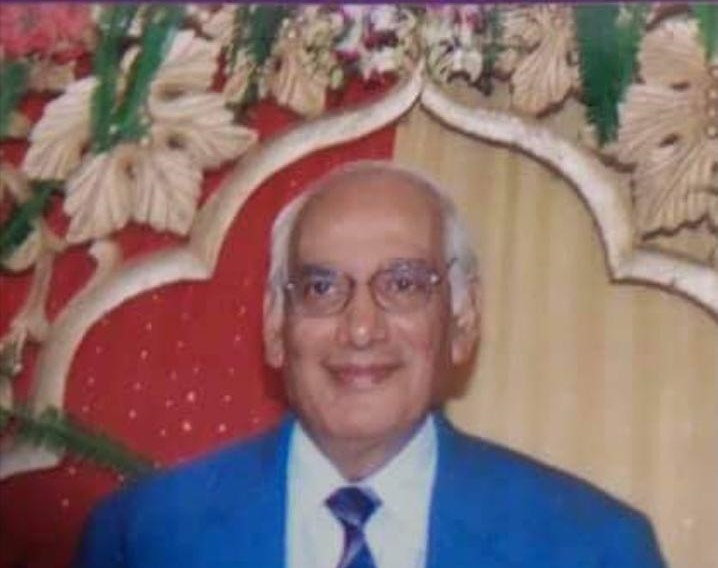 Jammu,May 4: Veteran media personality, theatre and drama artist, PL Razdan passed away today in New Delhi after he lost his covid 19 battle amid nightmarish health scenario in the national capital.

He is survived by wife and four daughters.A recipient of many awards and honours including national award for best Drama production during his career at radio Kashmir Srinagar ,Sh.PL Razdan continued with his passion of productions even after his retirement with excellence.

He has also won the highest award by the name of Akashvani awards three times in various categories for radio drama productions .For every project he took up ,he accomplished with success sticking to high standards of professionalism,hard work and dedication.

The untimely and unfortunate demise of PL Razdan,the stalwart broadcaster and reputee programne producer of Prasar Bharti is a huge loss to the Broadcasting landscape.He was also known for the most resonant and vibrant drama voice both in Kashmiri and urdu.

He spent his considerable time as a producer in Yuv Vani section of Akashvani Srinagar.He later worked as a producer drama section of Srinagar AIR and produced ace drama’s which were In enjoyed and appreciated by the listeners .

In Jammu Radio Station, he worked as a producer for popular kashmiri programme “Pamposh “and urdu magazine “Khirman”.He himself was an ace drama voice and artist par excellence with laudable role in many radio plays.With his demise a void has been created among media fraternity,his colleagues and contemporaries.

His demise has been widely mourned with condolences pouring in from all the stations across the country where he worked.

Jammu and Kashmir lost top broadcaster ,who worked in both Radio Stations and as child artist for more than seven decades. gns