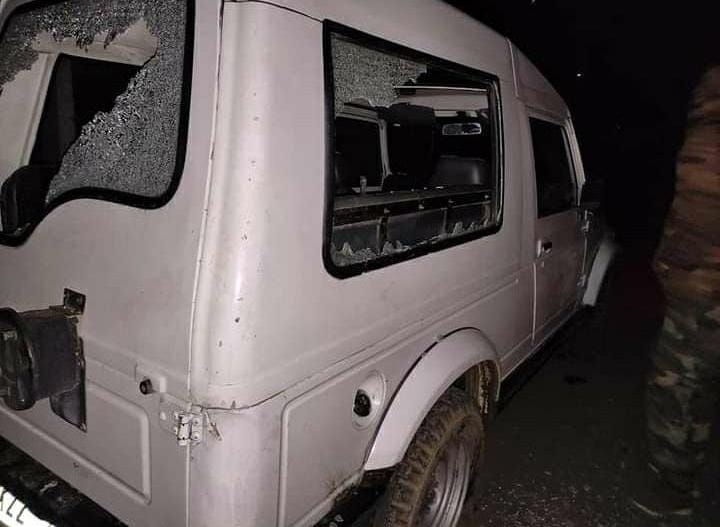 Official sources said that during the course of night patrolling in Mitrigam forest area, few timber-laden horses were spotted in wee hours.

As the team tried to intercept, they were however attacked brutally with stones and sticks leading to injuries to two employees besides damage to a departmental vehicle, they said adding that upon sensing exigency Range office Romshi called and sought assistance from SHO Pulwama, which was reciprocated immediately.

The smugglers taking advantage of the darkness managed to fled the spot, they said.

Meanwhile an official while confirming the incident said that officials are on job to ascertain the identity of culprits.

Identifying the injured duo as Fayaz Ahmad Dar and Firdous Ahmad, the official further said they have however been able to seize a horse and some illegally-ferried timber during the raid. gns