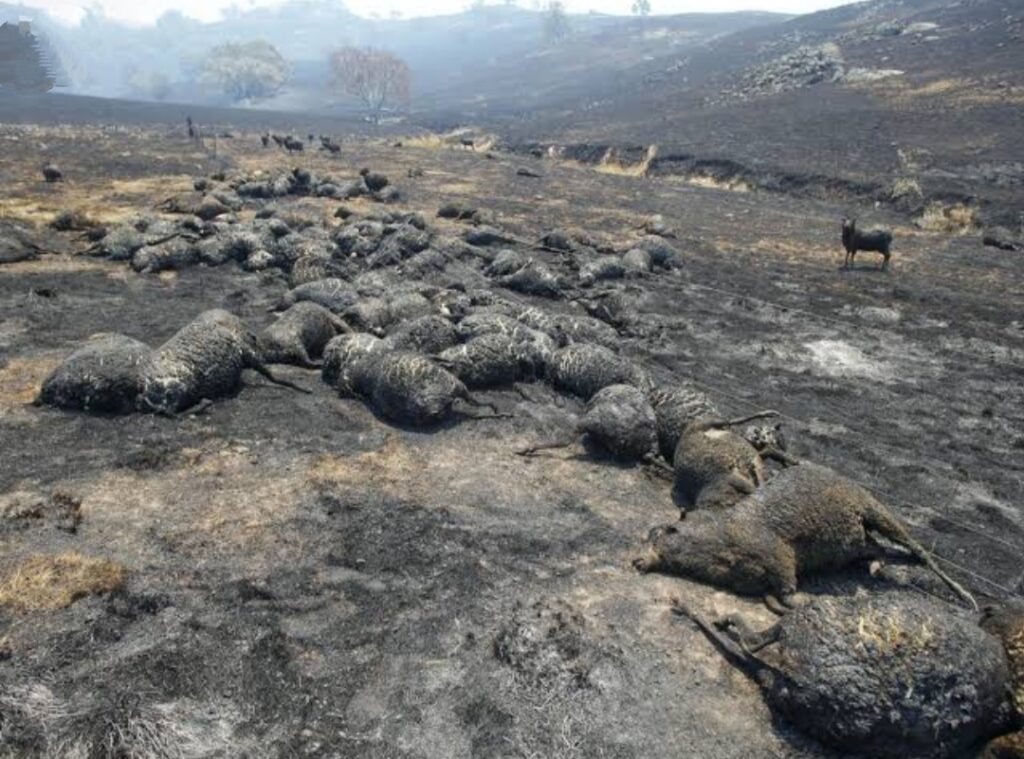 Poonch, Apr 29: At least 18 animals and thirty poultry birds were charred to death in a massive blaze that broke out in a cattle shed in Dabbi village of Balakote falling under Mendhar sub division of Poonch district.

Officials said that a cattle shed of Mohammad Anwar, son of Munshi Khan of Dabbi Balakote Poonch caught fire and got completely damaged.

They said that sixteen goats, thirty poultry birds, one cow and one oxen were charred to death in the incident.

One oxen, one mule and one bull have received injuries in the incident and a team of Veterinary department have rushed to the spot, the officials further said.