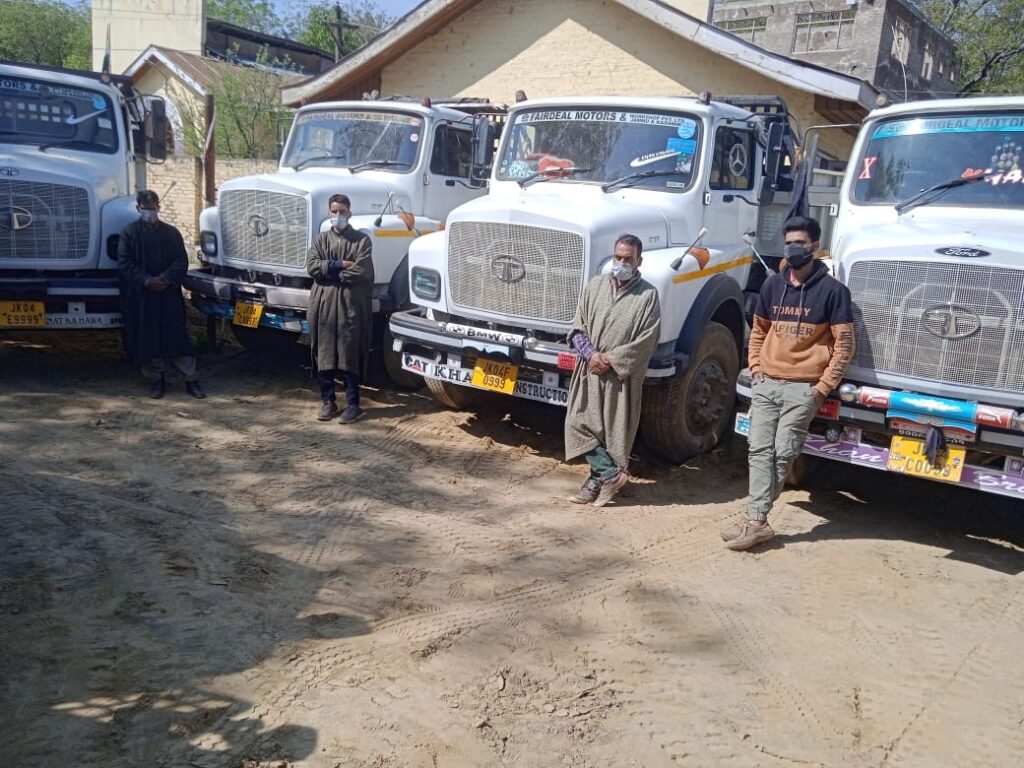 Budgam: Police on Wednesday claimed to have arrested 9 persons and seized 4 Tippers in Khansahab and Beerwah areas who were found indulging in illegal excavation and transportation of clay, sand and Bajri.