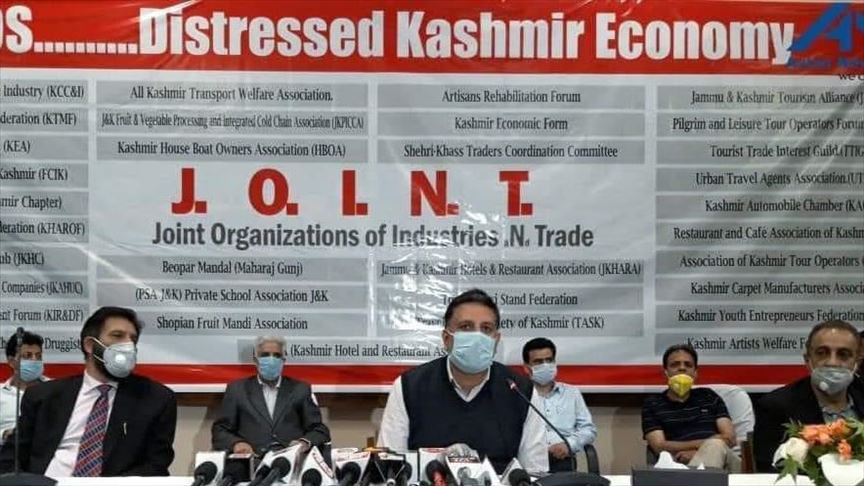 Srinagar, April 25: Kashmir Traders Association (KTA) has said that announcement of Rs. 25,000 assistance to Darbar move employees by the government as tantamount to double standards with small traders.

President, KTA, Ajaz Shahdhar said Government have ordered that traders and shopkeepers continue business activities on a rotational basis, but who will compensate for the loss?

Kashmir Trade Alliance President Ajaz Shahdhar said that Lieutenant Governor of Jammu and Kashmir Manoj Sinha announced that those move employees would come to Srinagar from Jammu or stay in Jammu would be paid Rs 25,000 in view of the Covid situation.

He said although the business community has no objection, the traders are being pushed behind the wall once again, which is a total injustice. He said that the traders have been going through tough times for the last two years.

“Economy has shrouded itself, and the economic and financial situation is not hidden from anyone,” Shahdar said.

Shahdhar said that the government’s decision to continue 50 per cent business on a rotational basis to curb Corona was not enough to destroy business activities but now the curfew has been extended for 36 hours at the end of the week. President of Kashmir Trade Alliance said that the first trade loss in the last two years has been around Rs 50,000 crore, as a result of which trade, industry, trade and tourism sectors in the Valley have come to the brink of collapse.

Shahdhar urged the lieutenant governor not to forget the traders at this stage and the losses incurred by them due to the government decision. , Announce a supportive policy in favour of traders by drawing attention to it.