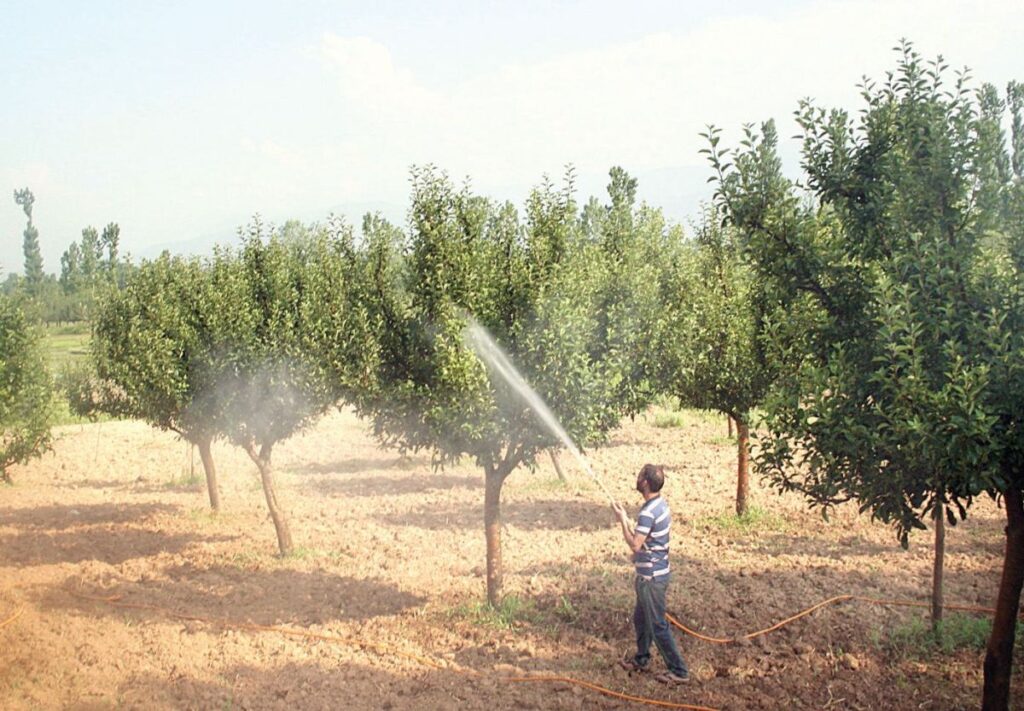 Srinagar 23 April : Amid incessant rains in the valley, the Directorate of Horticulture Kashmir on Friday issued an advisory for Apple growers and asked them to use a spray of fungicides.

An advisory issued by Director Horticulture said due to incessant rains several measures are suggested.

He said that Consequent upon the recent incessant rains in Kashmir  Division, besides light snowfall recorded in some parts of District  Ganderbal, Budgam, Shopian on its upper reaches, the orchardist  community is advised to adhere the below-detailed advisory in this  regard.

“Ensure proper drainage to the orchards so as to avoid water lodging situation. With the recovery in weather situation, conduct necessary spray with the recommended fungicide as per the advisory issued by the  Department of Horticulture through print and electronic media”, he added.

He also said that Do not develop a gap between the two consecutive sprays more than that of 9-10 days and added that make use of low volume spray guns/mist-blowers for improving the efficacy of fungicides, particularly at bloom/near post-bloom.

He further said that Stickers, as recommended, shall be admixed with the requisite fungicide except dodine.

“In case the fruit growers have sprayed in their orchards which has followed by the rains under inclement weather, the spray shall be repeated in such cases as well”, he added.