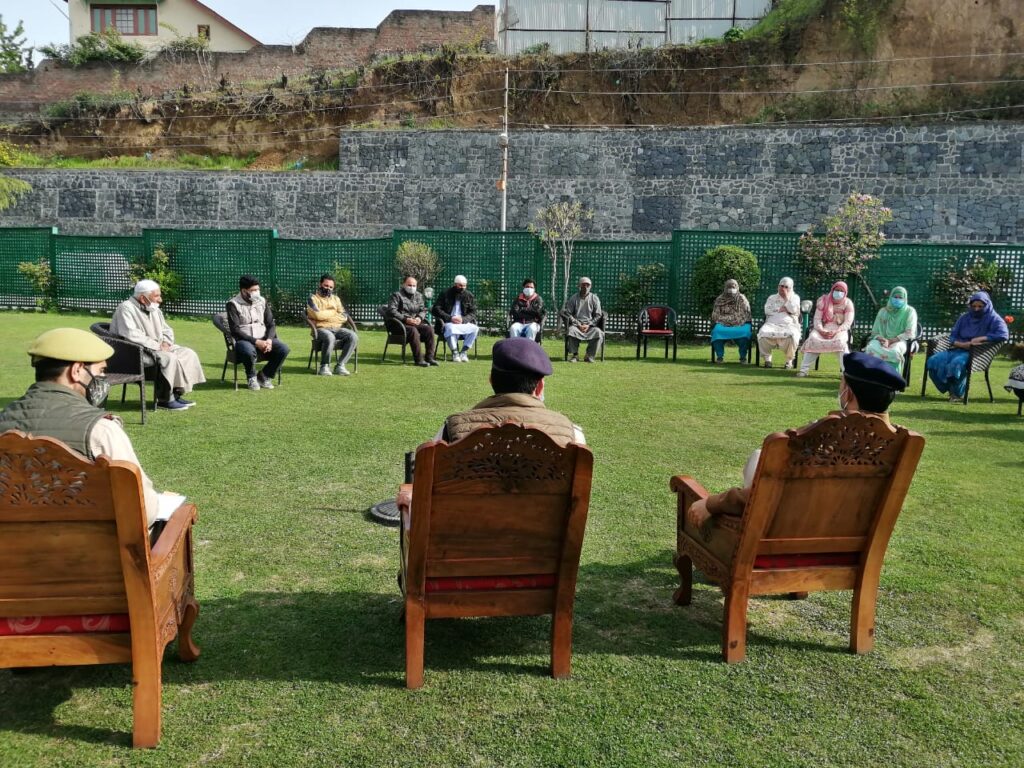 Srinagar, April 20: Six “misguided” Juvenile were handed over to their parents after proper counselling by Police here on Tuesday in Central Kashmir’s Budgam district.

According to the statement, the said Juvenile delinquents were in conflict with Law and were summoned for necessary questioning as per the the set procedure mandated under JJ Act vis a vis their unbecoming behavior. During their questioning it came to fore that they were influenced and instigated by some mischievous elements harbouring malafide intentions to indulge in violence and create fuss in Hyderpora area to disrupt Public Order and tranquillity.

During interaction, parents & family members of the summoned persons were advised to take proper care of their wards and keep a watch upon their activities, actions and behavior. They were Counseled and advised to focus on their studies / professional work and utilize their energy in positive direction, they said.

The parents/family members and their wards duly appreciated this endeavour and acknowledged their role of responsible parenting.They also assured that their wards will not indulge in any kind of violence and in future will focus on their studies/routine works, reads the statement.