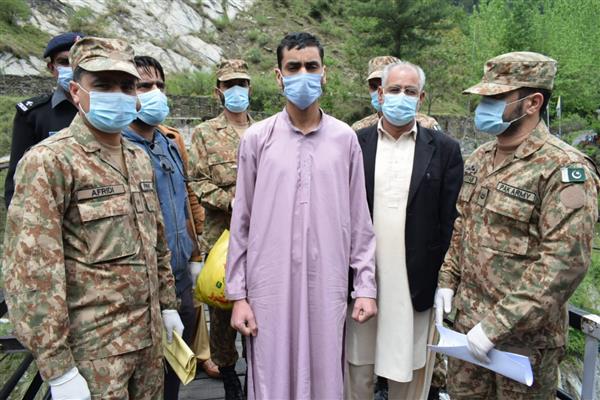 Srinagar, Apr 20: Pakistan Rangers Tuesday repatriated a 17-year-old youth, who had gone missing from his home since September 2020, via Teetwal sector in presence of civil and defence officials in north-Kashmir’s Bandipora district.

The repatriation was done in presence of Executive Magistrate (First Class) concerned, army officers (of both sides) besides Station House Officer Karnah and DO Teetwal.

Citing a missing report, the official said that the youth as per records available with them had gone missing from his home in September 2020.