‘Withdrawal of US troops should be used as an opportunity for peace in the country, not for fueling war’; Afghan leaders 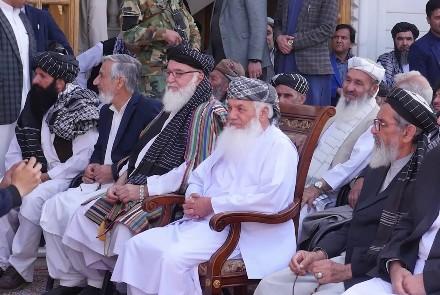 Kabul: Afghan politicians hope that the government of Afghanistan and the Taliban will achieve a political agreement on peace ahead of the announced date for the withdrawal of international troops from Afghanistan, predicting that an otherwise scenario will not be in the country’s favor, The Tolonews reported.

Former mujahideen leader Mohammad Ismail Khan said that the remaining five months for the full withdrawal of US troops from Afghanistan should be used as an opportunity for peace in the country, not for fueling war, reports said.

Reports added that Khan has warned that Afghanistan will be plunged into another civil war if both sides refrain from entering meaningful talks.

Khan, who addressed a gathering of his supporters in Herat–most of whom were armed–said peace is the first choice, but reiterated that the people are ready to fight as well, media reports said.

Reports said that other political figures, including presidential adviser Mohammad Mohaqiq and Ahmad Massoud, son of Ahmad Shah Massoud, have also warned of a civil war after the US forces withdrawal if the situation is not managed well.

“A complete civil war can be expected after the withdrawal of foreign forces,” Mohaqiq has said.

Reports further said that the Afghan government has blamed that the Taliban is not taking the peace efforts seriously.

“The Taliban has not shown any sign for peace. When the Taliban fights, we are responsible to defend our people,” the National Security Council’s spokesman Rahmatullah Andar said as quoted by reports.

But a Taliban spokesman Zabihullah Mujahid said that achieving a peace deal after the withdrawal of the US forces from Afghanistan is one of the priorities of the group but added that the Taliban will select the military option if the efforts could not get the expected outcome, reports said.

“There is no way in Afghanistan but through peace. More opposition (groups) will be formed if the Taliban comes to power through fighting,” reports quoting former Taliban commander Akbar Agha said.

Previously, President Ghani said that along with 350,000 security force members, the people are also armed and they will offer a defense from their villages and districts if needed. (Tolonews)