General war between India-Pakistan in 2021 unlikely, but “crises between two likely to become more intense”: US report 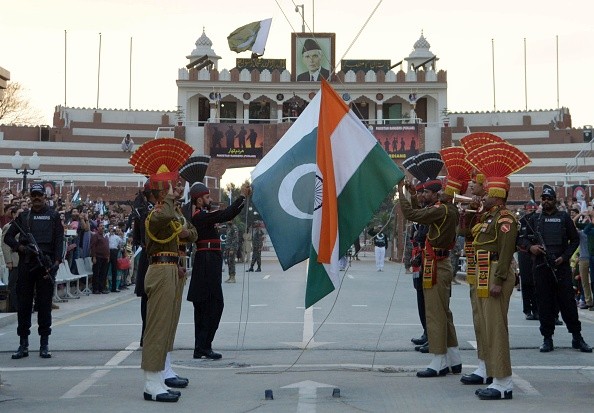 WASHINGTON: Under the leadership of Prime Minister Narendra Modi, India is more likely to respond with military force to “perceived or real” provocations from Pakistan, warns a US intelligence report sent to Congress this week, Dawn newspaper reported.

The annual threat assessment report – 2021 was prepared by the office of the US Director of National Intelligence (DNI) and sent to Congress on Tuesday. It identifies China’s “push for global power” as the number one threat to US interests followed Russia’s provocative actions and threats from Iran.

While assessing possible threats from South Asia, the report warned that “under the leadership of Prime Minister Modi India is more likely than in the past to respond with military force to perceived or real Pakistani provocations.”

The report noted that “heightened tensions” in the region “raise the risk of conflict between the two nuclear-armed neighbors, with violent unrest in Kashmir or a militant attack in India being potential flashpoints.”

But the report also said that “a general war” between India and Pakistan during 2021 was unlikely, but “crises between the two are likely to become more intense, risking an escalatory cycle.”

Another US intelligence report to Congress, released last week, had warned that India and Pakistan could go to a war in the next five years over real and perceived provocations.

The report pointed out that some regional conflicts – such as the fighting in Afghanistan, Iraq and Syria – had “direct implications for US security,” while “tensions between nuclear-armed India and Pakistan remain a concern for the world.”

DNI also noted that Afghan forces continued to secure major cities and other government strongholds, but “they remain tied down in defensive missions and have struggled to hold recaptured territory or reestablish a presence in areas abandoned in 2020.”

As a result, “Iran is building ties with both the government in Kabul and the Taliban so it can take advantage of any political outcome,” the report added.

DNI’s annual threat assessment reports are shared with congressional intelligence committees as well as the committees on the Armed Services of the House of Representatives and the Senate. (Dawn)