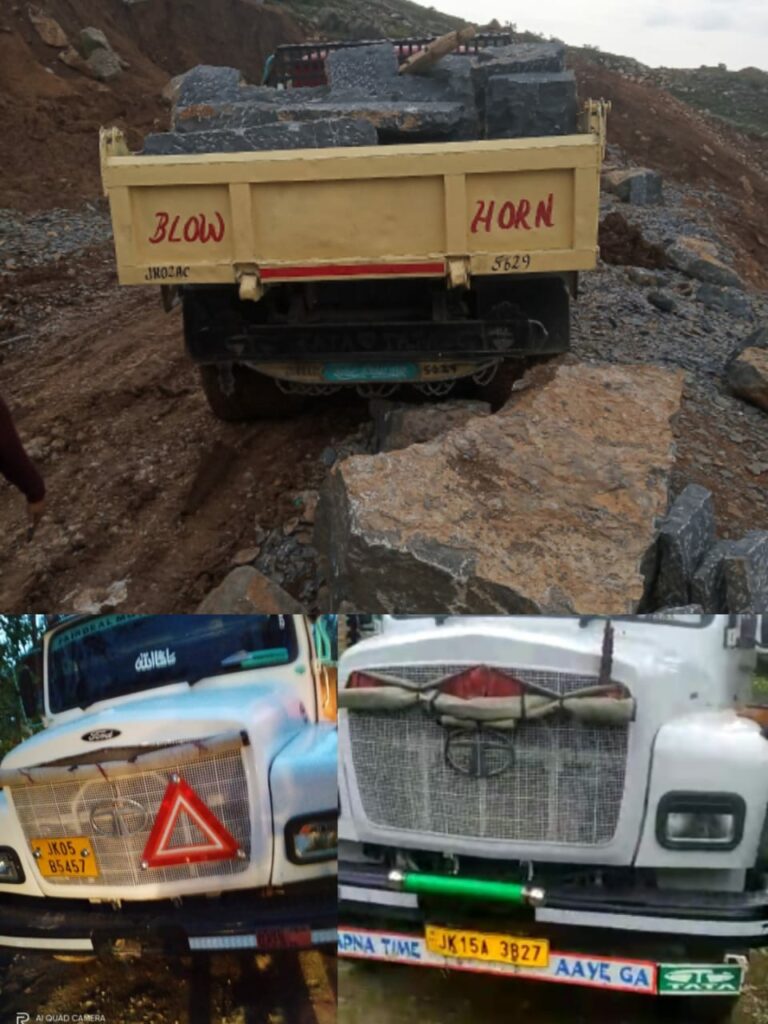 Bandipora, Apr 13: Continuing with its drive against illegal mining extraction and transportation of stone, sand, boulders in the district, Mining and Geology Department along with Bandipora police under the supervision of Deputy Commissioner Bandipora Dr Owais Ahmad and SSP Bandipora Mohammad Zahid Wednesday conducted raids in different nallah/streams.

An official said that the raids were conducted by police teams of police station Bandipora headed by SHO and Police Post Ajas led by DO along with teams of Mining and Geology Department, leading to the seizure of six from Turkpora Bandipora and SK Bala Ajas.

The vehicles, as per the official, were being used in transportation of illegally extracted minerals. ‘The drivers managed to flee from the spot and efforts are on to nab them.’

In this connection legal proceedings under IPC and MMRD Acts against the violators has been initiated and further investigation has been taken up, the official said.

The special drive will continue in coming days as well, the official added.

Meanwhile Bandipora police has appealed public not to indulge in illegal extraction of sand and other minerals from any Nalla/stream contrary to which they will be dealt strictly under law.