Heroin Consignment estimated to be Worth Rs 60 Crores Recovered in Karnah Forests: Police 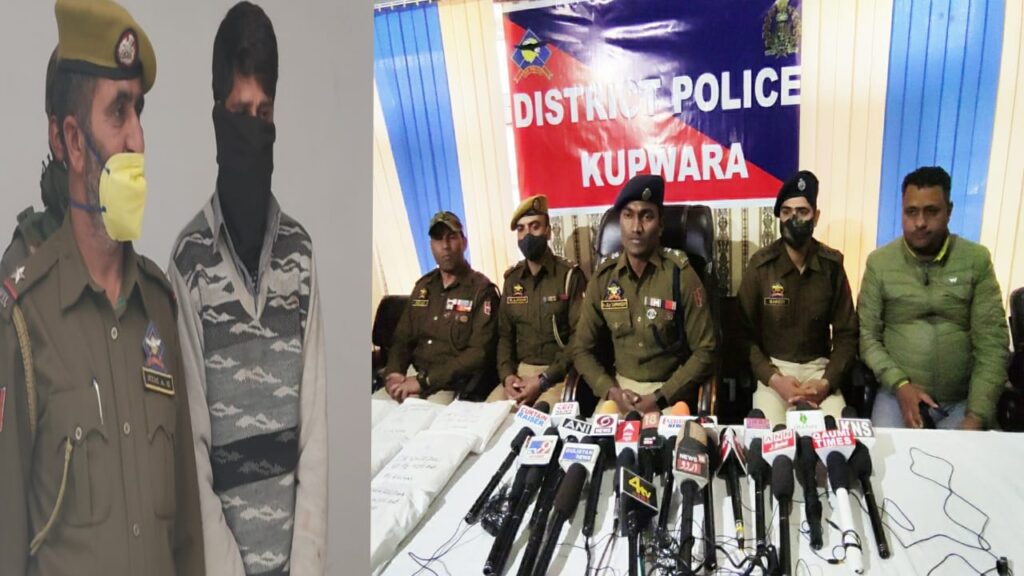 Kupwara, Apr 8:  Police in Kupwara claimed to have recovered a Heroin consignment worth crores on busting of a ‘typical Pakistan-sponsored narco-terror module’ in Karnah forest area in this north-Kashmir district on Thursday afternoon.

Detailing out the recovery to media persons during a presser held here at District Headquarters, newly-appointed SSP Kupwara GV Sundeep said that one Mukhtar Ahmad Shah, a resident of Panjitara in Tanghdar was arrested in this regard, leading to recovery of nine-kilograms of Heroin. The estimated market value of the contraband, as per the officer, is somewhere between 50-60 crores.

“We were onto it for last one week after receiving specific inputs and it was last night Kupwara police alongside 6 JAK RIF made the successful recovery of the contraband”, the officer said.

“The identified smuggler has been in contact with handlers across the borders”, the officer said adding that “All those models and smugglers are involved in supporting the militant organizations.”

“Whenever we arrest the smugglers or bust the narco-models, it exposes the links between the formers’ with Pakistan”, the officer said.

“They have a modus operandi of pushing the handlers and smugglers across the borders with an aim to exchange the drugs in lieu of money to support the militant organizations”, the officer said adding that “This is a big hawala racket as money is transferred without money movement to finance militant organizations.”

“A case FIR number 22/2021 under section 8/21 NDPS Act has been registered at police station Karnah and further investigations taken up in this regard”, an official said.