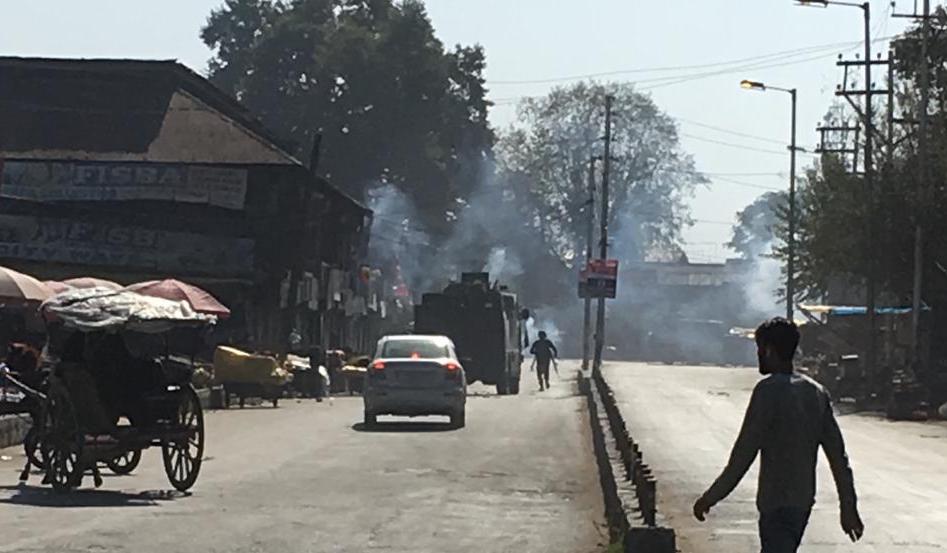 Srinagar, April 2: Two persons including young woman were injured near site of gunfight at Kakapora in Pulwama district of south Kashmir on Friday, officials said.

While the girl is suspected to have suffered bullet injury and the youth pellets wounds, Dr Nazir Choudhary, Medical Superintendent of SMHS hospital here, where they were referred from south Kashmir, said that investigations are underway as regards the nature of the wounds suffered by the duo.

“Whether it is bullet or pellet injuries is being examined,” Dr Choudharysaid.

Reports said that soon after the two persons sustained injuries, they were shifted to Sub District Hospital (SDH) Pampore wherefrom they were referred to SMHS hospital for specialized treatment.

The injured have been identified as Ishrat Jan (around 25) and Ghulam Nabi Dar (in early 40s), both from Samboora Pulwama.

Three militant have been killed in the encounter and their identity is yet to be disclosed by the police. gns