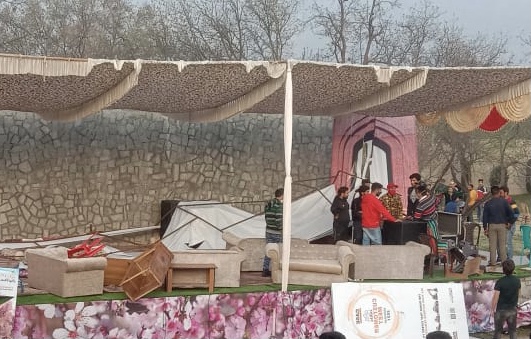 Srinagar, April 01: Police on Thursday claimed to have arrested twenty miscreants who as per police were involved in Badamwari incident.

In a statement,  the police said that On 28th of march, a musical event was organised in Badamwari park by Tourism Department. The musical event witnessed huge gathering of people including very large number of women and children.

A group of miscreants created ruckus on the stage when the demand of a song from a boy among the audience was not fulfilled immediately by the performing artists. Police used maximum restraint to restore order as the use of any kind of force would have created a stampede like situation at the venue.

The statement further stated that, In this regard a case FIR No 11/2021 at Police Station Rainawari was registered and during investigation involvement of 20 miscreants was established, who were identified through different videos of the event and the miscreants have been arrested.

The investigation of the case is underway, reads the statement.