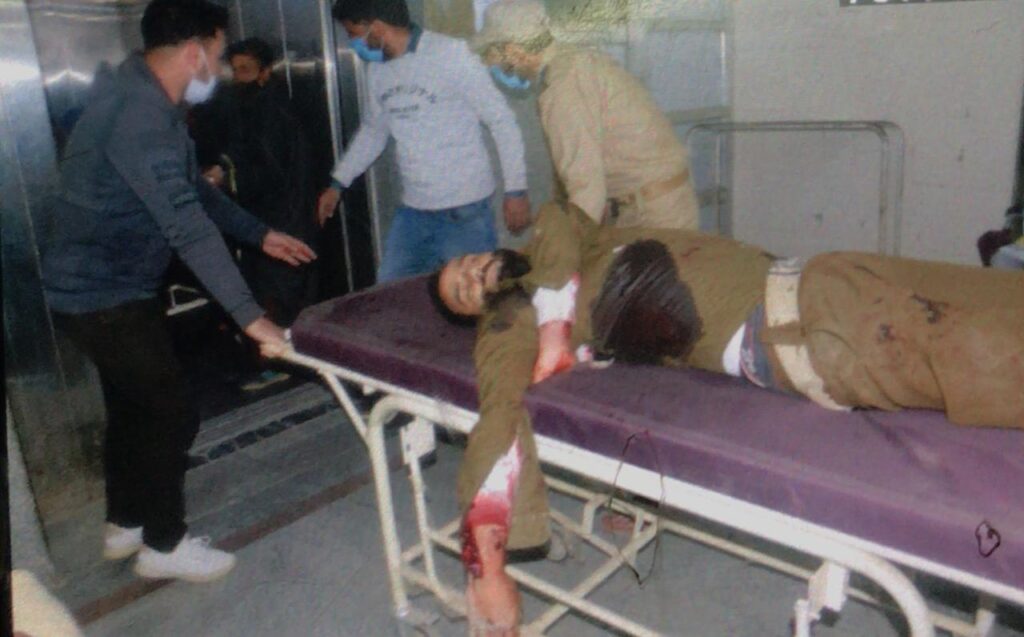 Srinagar, April 01: A policeman was injured when militants attacked residence of a BJP leader in Aribagh in Nowgam area of Srinagar on Thursday.

The BJP leader, Anwar Khan, was not at his residence when the militants carried out the attack, a police officer said

“In the attack, a policeman, Rameez Raja, was injured and he has been shifted to SMHS hospital,” the police officer said.

He said that a case has been registered and further details would be shared later.  gns