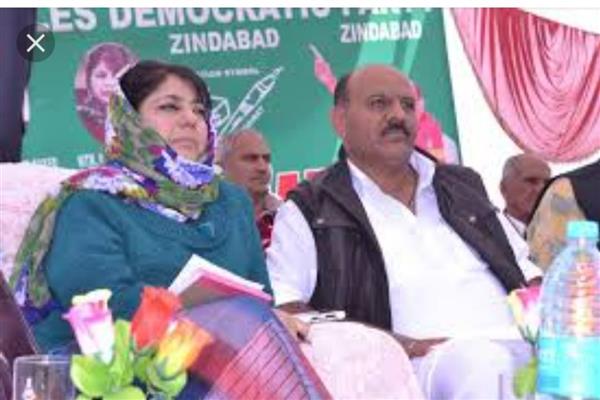 Jammu, Mar 30 : In a major setback to Peoples Democratic Party (PDP), former MLC Surinder Choudhary on Tuesday resigned from the basic membership of the party.

Choudhary had earlier submitted his resignation from all the posts of the party including that of general secretary and member of Parliamentary Affairs Committee.

Address a press conference in Jammu today, Choudhary said he has tendered tendered his resignation from the party along with hundreds of workers.

“PDP has been hijacked by mafia including land grabbers. Its affairs are going from bad to worse,” he claimed. “After my recent resignation from the party posts, the party chief didn’t even bother to contact me to know the reasons behind my decision. So I have decided to resign from the party today.”

He added that for almost a week he waited with a hope that PDP chief may contact him, but to no avail.

“When the party chief is not bothered about the resignation of person who was a committed soldier of late Mufti Muhammad Sayeed, there is no fun of staying in the party anymore,” Choudhary said in an angry tone.

Asked which party he would join now, he said it was too premature to comment on the subject at this juncture. “I will hold deliberations with my party worker and then take a call.” He also asked PDP leadership to refrain from defaming and denigrating the leaders quitting the party.

“I appeal Mehbooba ji with folded hands don’t defame leaders those who are quitting party. When leaders are leaving the party, canards are being spread that government and agencies are forcing them to leave the party. Nobody forced or coerced me to leave the party,” he said. kno