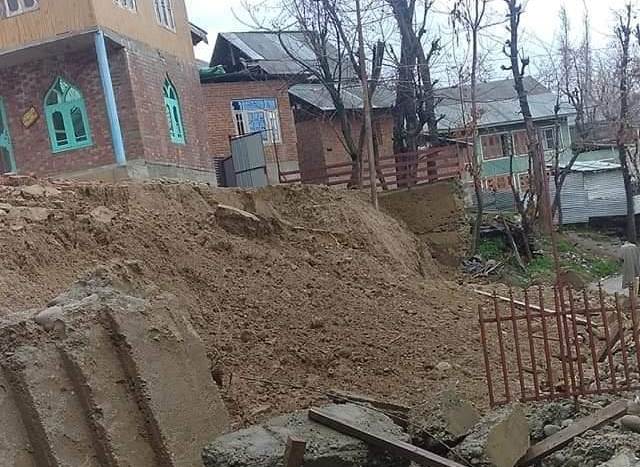 Budgam, Mar 24: At least half a dozen residential houses were partially damaged after continuous rainfall for the last three days triggered landslides in parts of central Kashmir’s Budgam district.

An official said that landslides damaged residential houses belonging to one Gulzar Ahmed son of late Ghulam Rasool Shah at Chandan-Nar locality of Charar-e-Sharif, Fayaz Shah at Nohar and a mud house of one Abdul Hameed Bhat Son of Ghulam Ahmad at Waterhail.

He said that several other houses have also been damaged due to landslides and mudslides in Alamkoot and Wazabagh areas of the district.

“A readymade and protection wall of a Masjid was also damaged at Qazipora area of, however, no major damage occurred there,” he said—kno