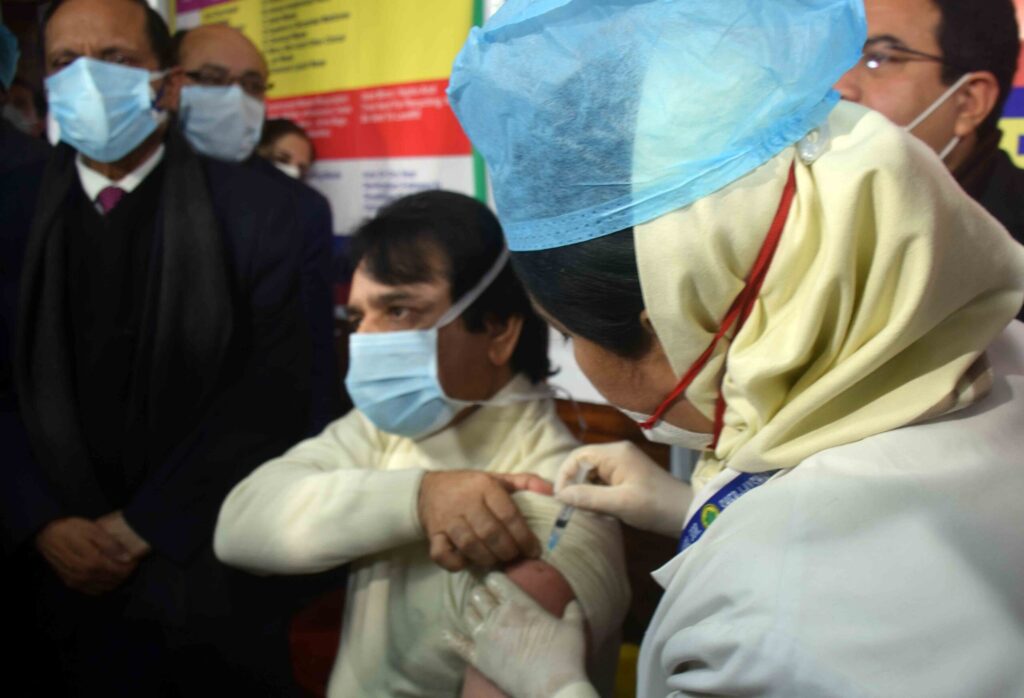 The report said Maharashtra reported highest daily new cases at 25 thousand 833. It was followed by Punjab with two thousand 369 while Kerala reported one thousand 899 new cases.

Union Health Ministry said, Centre is actively engaging with all State and Union Territory governments, especially those showing an upsurge in daily new cases and with a high caseload of active cases.

It said, center is regularly reviewing the status of COVID containment and public health measures with them, the AIR report said.

The Ministry said, States and UTs have been advised to improve testing in districts reporting reduction in testing. They have been also advised to carry out an average close contact tracing of minimum of 20 persons per positive case in the first 72 hours along with isolation and early treatment of the serious cases.

It is also advised to focus on surveillance and stringent containment of those areas in selected districts which are seeing cluster of cases and focus on clinical management in districts reporting higher deaths, the AIR report added.

Recently, the Centre had deputed high level Public Health teams to Maharashtra and Punjab to assist in COVID-19 control and containment measures in view of recent spike in cases in these States.

The AIR report said the Central Government had earlier deputed high-level teams to Maharashtra, Kerala, Chhattisgarh, Madhya Pradesh, Gujarat, Punjab, Karnataka, Tamil Nadu, West Bengal, and Jammu and Kashmir to support them in their fight against the recent spike in COVID-19 cases.