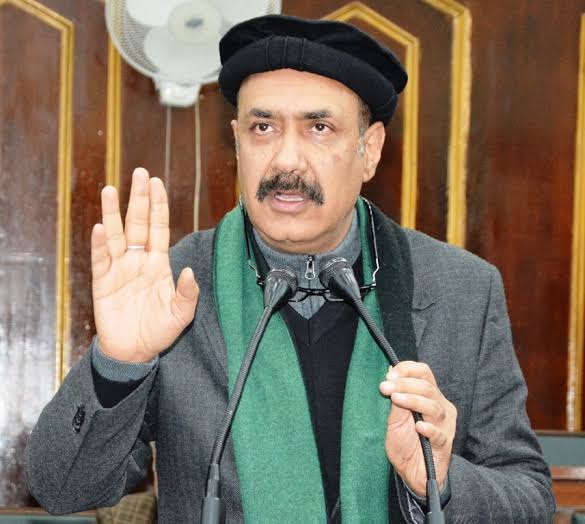 Bukhari conveyed his decision through a hand written communiqué to Party President Dr. Farooq Abdullah and urged him to acknowledge the “expression.”

“Very respectfully, I hereby disassociate from the party (J&K National Conference) from this day 12th of March 2021, Friday onwards. Please be kind enough to acknowledge the above mentioned expression and oblige,” Bukhari wrote in his letter to Farooq Abdullah.

Meanwhile in a separate letter to Party’s Vice President and former Chief Minister Omar Abdullah, Basharat Bukhari while referring to his decision of disassociating from the party, expressed his gratitude for his (Omar’s) love and affection towards him during his brief stint as party member.

He also termed the journey of two years, two months and 21 days with JKNC- as an interesting journey.

While wishing Omar Abdullah good luck, Bukhari hoped that the people of Jammu and Kashmir shall get benefited from his (Omar’s) intellect and politico- administrative experiences.

“Although 2 years-2 months and 21 days is less a time to be mentioned, that too when a major portion (One year and three months) of it got consumed under detention (House arrest) and three months in post Covid complicacies and ailments.. But indeed for me, it was an interesting journey and a learning process as well. Thank you So much.” wrote Bukhari to Omar Abdullah in his letter.

“I wish you good luck and hope that the people of Jammu and Kashmir shall get benefited from / through your intellect and politico administrative experiences.’’ Basharat Bukhari wrote in conclusion of his letter.

Meanwhile, NC vice-president and former chief minister, Omar Abdullah on Friday, while reacting to disassociation of Syed Basharat Bukhari from the party, said that it was not going to happen.

Omar on his official Twitter handle wished Bukhari all the best for his political journey ahead.

“It wasn’t to be. I wish Basharat all the best for where ever his political journey takes him next,” Omar tweeted.