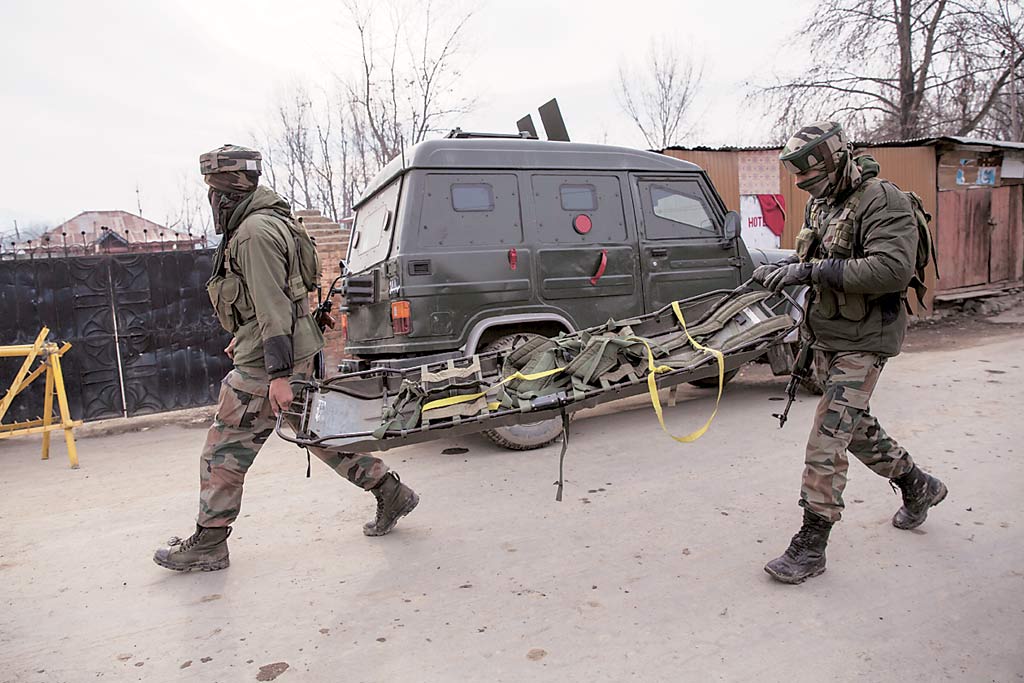 An official said that an Army vehicle of 9 Rashtriya Rifles (PARA) met with an accident near Adijan bypass, DH Pora.

He said that the vehicle  fell into a Nallah, in which water flow was high due to incessant rains, resulted in injuries to four Army men.

He added that one among the four injured Army man is critical while three others are stated to be stable.

Sources said that the army man in critical condition is being shifted to Army hospital for specialized treatment.

Later, one among them succumbed to his injuries on way to the hospital while the condition of other three was said to be stable.
Medical Superintendent DH Kulgam, Dr Muzafar Zargar told KNO that one of the injured soldiers was brought dead to the hospital. He identified him as 27-year-old Sarosh—kno