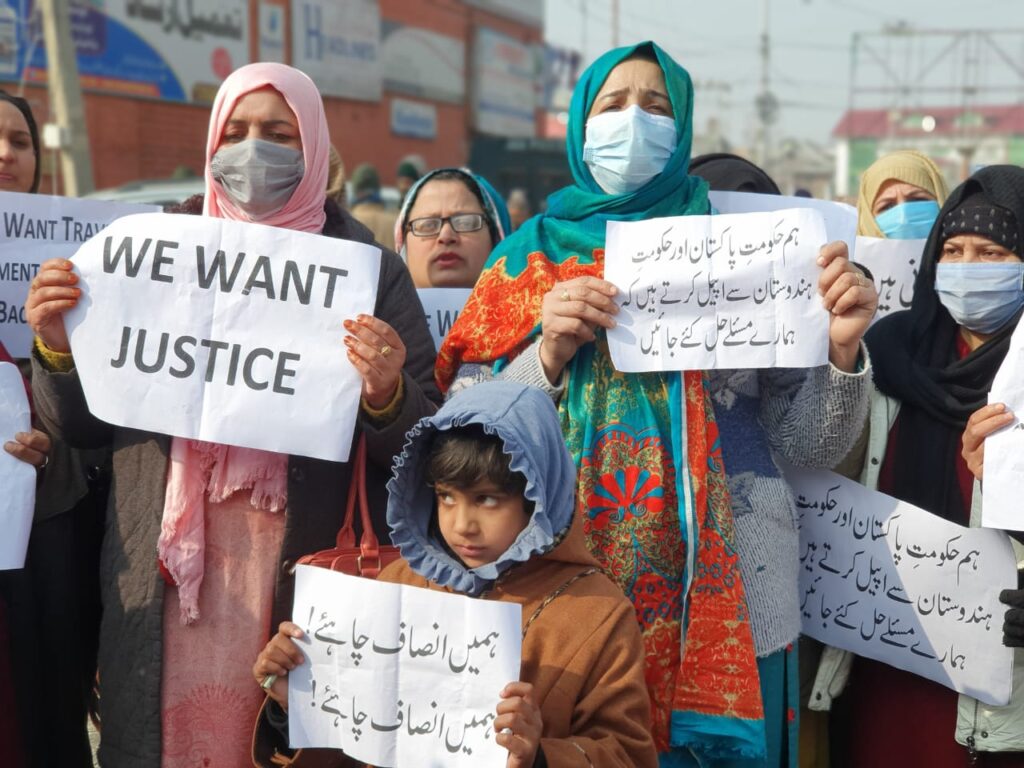 Srinagar, Mar 08: Continuing the demand for travel documents, Pakistani brides of former Kashmiri militants Monday asked the government to deport them in case they are not being considered Indian citizens.

Addressing a press conference, they said despite holding consistent protests and pressers in the past demanding the issuance of travel documents for them and their children, “authorities have shown no concern about their plights.”

“If ceasefire like the initiative was taken, why the Government of India is not listening to our concerns.  We were brought here in the name of rehabilitation but later cases were filed against us,” said Saira, a Pakistani origin bride.

“Today world is celebrating International Women’s Day, but we have never celebrated it. This day demands respect and dignity for women which we have been demanding for years now,” they said.

The women said they want the Government of India to confirm their identity.

“If we are Indians then give passports to us and our children to travel, and if we are not Indians then send us back along with our children and husband because we cannot leave our families,” they said. “We are living a prisoner’s life here, we are facing nationality issues. We want the Government of India to confirm our identity. The future of our children is at stake.”

Many Pakistan origin women married to Kashmiri who had crossed the Line of Control (LoC) in the early 1990s and returned to the Valley under the government’s rehabilitation policy. kno