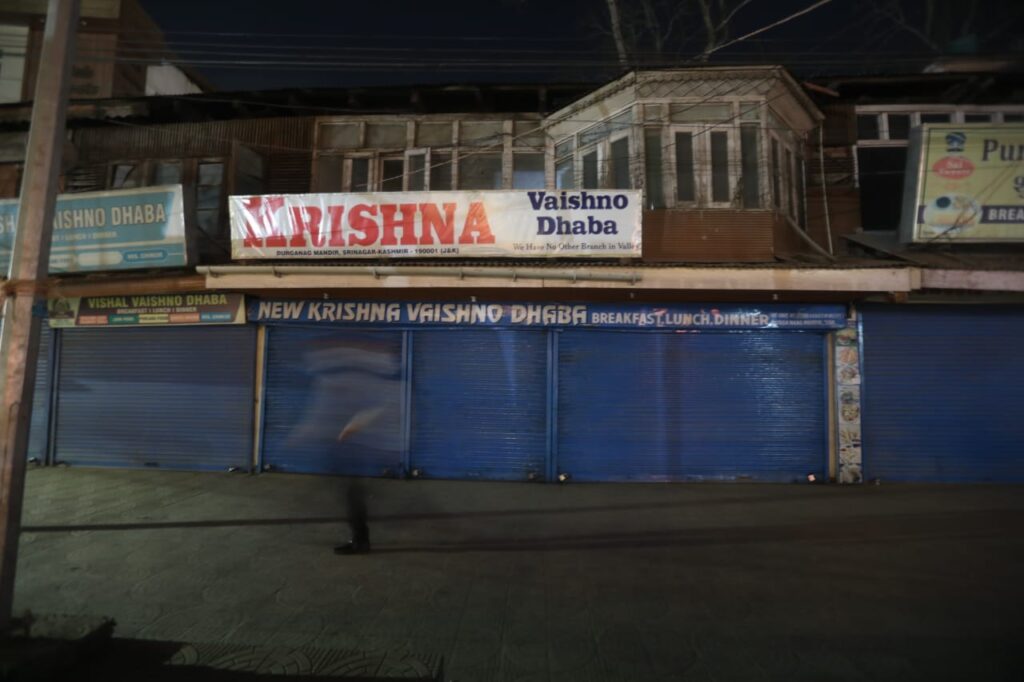 Srinagar, Feb 28: Eleven days after being fired upon here, Akash Kumar son of Rasmesh Kumar Mehra—owner of popular eatery (Krishna Dhaba) here—succumbed to the wounds at a hospital in Srinagar, officials said on Sunday.

They said Akash (25) , a resident of Janipur Jammu, at present Dalgate Srinagar, died at the SMHS hospital at around 3:20 a.m.

The officials said  that he had bullet wound in right side of lower armpit and abdomen. He was ventilator, they said.

On February 19, Inspector-General of Police (IGP) Kashmir Vijay Kumar while addressing a press conference in Srinagar said that three bike-borne newly recruited militants were arrested for carrying out the attack.

He said that the bike and pistol used in the attack by the trio have been seized. He said all three arrested were newly recruited militants and “confessed” to have carried out the attack. gns