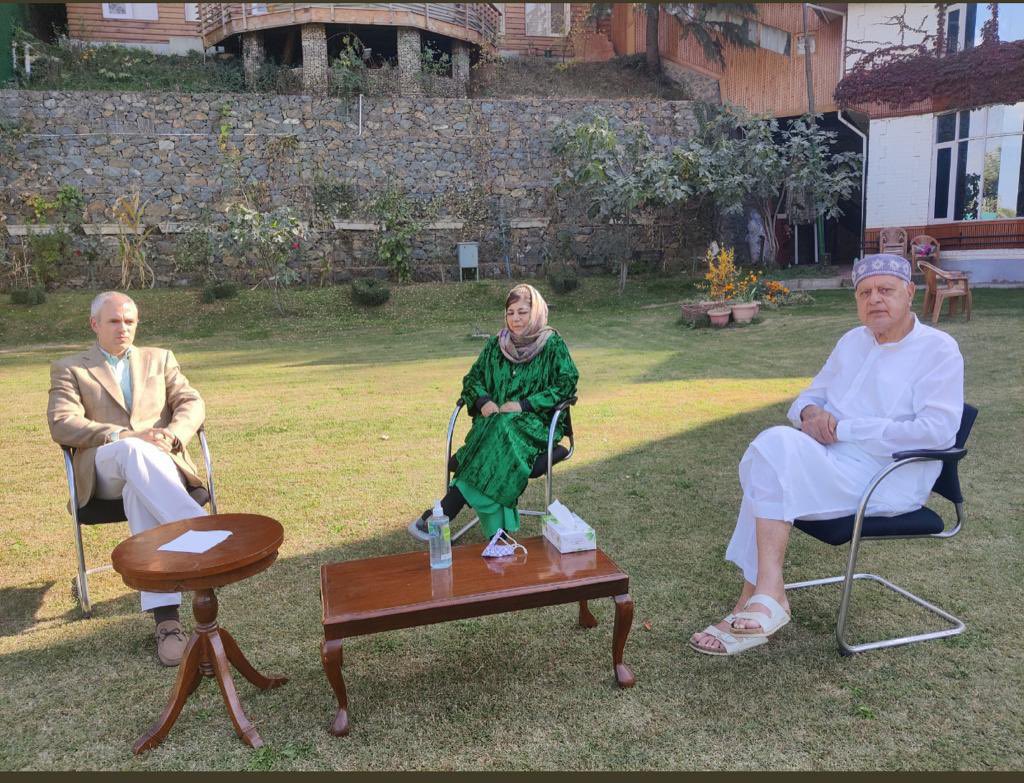 Srinagar, Feb 25: Hours after the India and Pakistan agreed to strictly observe all agreements on ceasefire along the Line of Control (LoC) and other sectors, the mainstream political parties on Thursday welcomed the decision, saying that it will go a long way in ushering long lasting peace alongside LoC and International Border.

National Conference Party President and Member of Parliament from Srinagar Dr Farooq Abdullah welcomed the agreement between the DGMOs of India and Pakistan armies to observe ceasefire alongside LoC, IB, saying the measure will go a long way towards sustainable peace between the two neighboring countries.

“The agreement between the DGMOS of India and Pakistan will go a long way in ushering long lasting peace alongside LoC, and IB,” said Party President in a statement.

“NC has always been a strong votary of Indo-Pak peace. It is the people of Jammu and Kashmir that have been facing the brunt of escalating tensions alongside the borders. I hope the agreement is followed in letter and spirit. The development, I sincerely believe, will allow people living alongside LoC, IB to go about their normal lives with minimal disruption and risk,” he said.

He stated that the profound negative impact of the animosity between the two neighboring countries was faced by the people who lived alongside the border on LOC, IB.

“The agreement, I believe if followed by the book, will help advance the collaboration between the two neighboring countries.  I have all along been saying that spilling of blood on either side of the borders is unjustifiable in today’s emancipated world.  The cessation of hatred between the two countries will help both the countries concentrate more on their respective population’s wellbeing.  I hope the development doesn’t go down as short lived flutter but increases the possibility of some forward advancement towards the resolution of all impending issues lingering between the two neighboring nations,” he said.

He added, “I hope the respective sides will further use dialogue to resolve any unforeseen situation, and misunderstanding. I on behalf of my party welcome the move with a view that it augurs well for increased prospects of peace and prosperity in the entire region in particular Jammu and Kashmir.”

Former chief minister and Peoples Democratic Party (PDP) Chief, Mehbooba Mufti termed the agreement between Indian and Pakistan over ceasefire along the Line of Control (LoC) as big and welcome development.

Mehbooba said that dialogue is the only way forward to stop the unending cycle of violence and bloodshed across the borders and J&K.

“A big & welcome development that India & Pakistan have agreed to a ceasefire along the LoC. Dialogue is the only way forward if both countries want to stop the unending cycle of violence & bloodshed across the borders and J&K,” Mehbooba tweeted.

Former minister and Peoples Conference (PC) Chairman, Sajad Gani Lone in a tweet stated that the decision seems that the both countries detente.

“Seemingly Indo Pak detente. Don’t know how long the good will stay only to b replaced by the perpetual bad. Not being negative. But tempted to say. They can play friend and enemies whenever they want. Wish we Kashmiris learn our lessons. And we won’t learn. Never have. Never will,” Lone tweeted.

Jammu and Kashmir Pradesh Congress Committee (JKPCC) Chief, Ghulam Ahmad Mir said that the party has always favoured any initiatives aimed at restoration of peace on the borders and LoC and ensuring safety of residents and forces in Jammu and Kashmir but questioned whether the infiltration and cross border militancy has been stopped by Pakistan.

Mir questioned the Modi government for its flip flop policy as it had been stating that the talks and terrorism / cross border firing can’t go together. “BJP had been always saying that no talks are possible with Pakistan till it stops cross border militancy and infiltration. It had been targeting the previous UPA government for track two diplomacy and dialogue on the ground that no talks should be held till Pakistan stops cross border Terrorism and firing,” he said.

“Manmohan Singh government always dealt with Pakistan firmly on all fronts but the doors of dialogue were never closed and the border situation as well infiltration situation was much better than the worst record of the Modi government. It is Prime Minister Modi who visited Pakistan uninvited and in exchange got escalation of major militants attacks leading to a limited armed conflict too. The record number of over 5000incidents of cross border firing by Pakistan in a year, shows the weakness and failures of the Modi government in dealing with Pakistan on any front,” he said.

CPI (M) leader and former Kulgam legislator, Muhammad Yousuf Tarigami while talking to KNO welcomed the development and said that despite avoidable confrontation for a longer period, there seems some sense prevailing on the both sides. “We hope they will draw lessons and initiate credible process of dialogue to sort out all issues for durable peace in the region,” Tarigami said