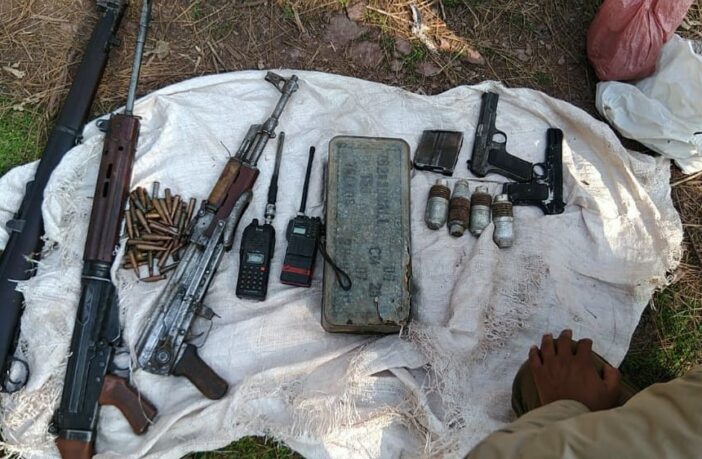 A police spokesperson said that an input was received from reliable source regarding suspicious activity in the remote and dense forests of Makkhidar in Reasi District.

These warlike stores were spread over large area in remote uninhabited forest. Persistent and coordinated efforts of joint search by Indian Army and Jammu Kashmir Police duly supported by local intelligence units led to the unearthing of huge cache of weapons and war like stores.

The official said that militants are in acute shortage of weapons and are desperate to disrupt the peace in the region.